So… I just popped my peaks cherry, riding the 3 Peaks Cyclocross Race in Yorkshire for the first time. It was also the first ever race for my new Albannach Crois – more on this later.

I’ve been riding long enough to not get too carried away by the hype, but there is  ALOT of hype around this race – everyone has an opinion, a story, a warning! The SR Albannach boys that have ridden it before go wide-eyed just chatting about it. Even my wife started to lose sleep worrying about me smashing my face off a hefty slab of Yorkshire rock. Basically I’m saying it’s kind of a big deal (within the niche world of ‘cross). 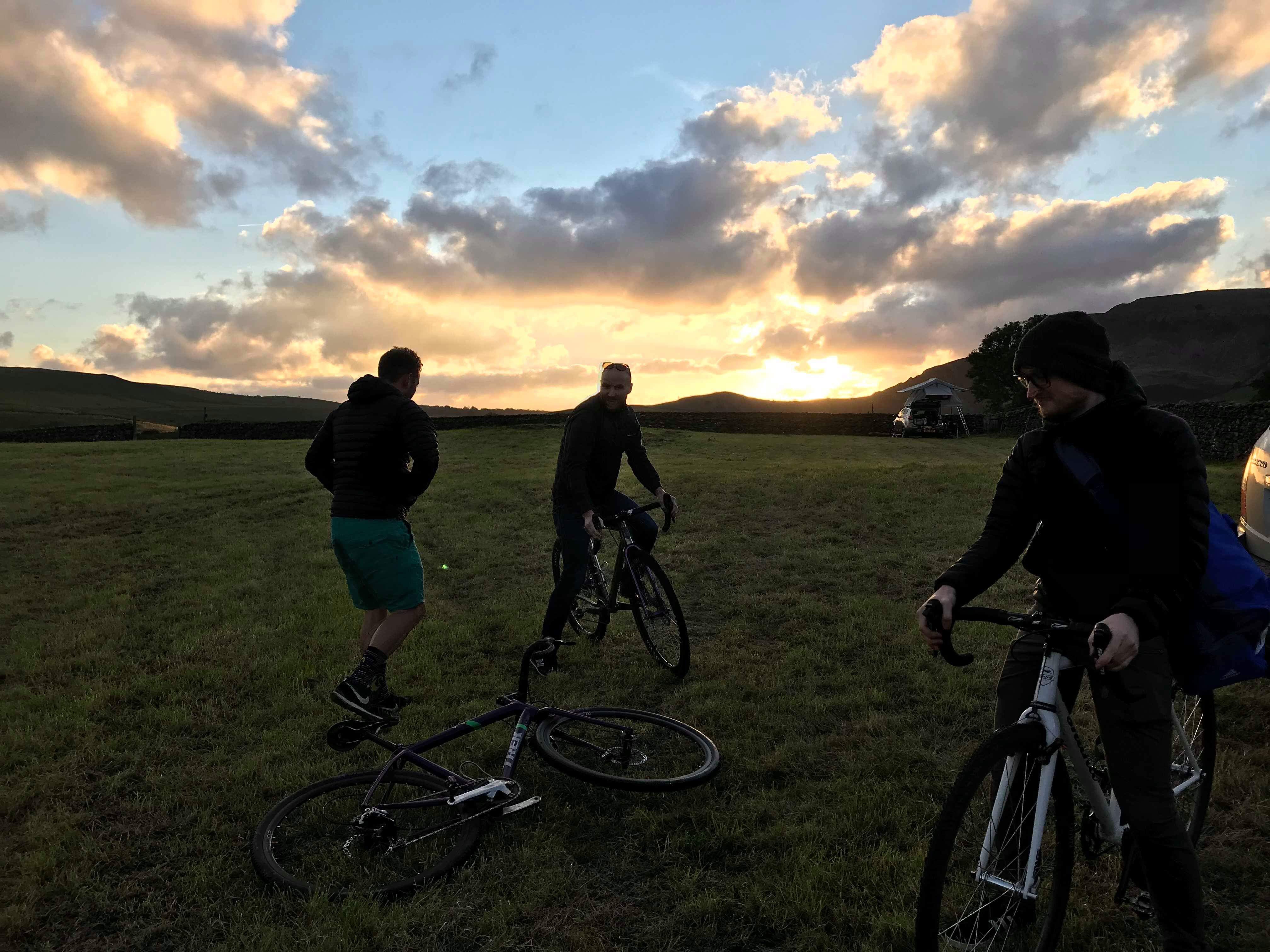 Really, how well you do comes down to two things – body and bike. I have a traditional shift in focus with events like this. I start off focused on the body, elaborate training plans, dusting off the turbo and even stretching occasionally… then, a couple of weeks later when I’ve binned all that, I focus on improving the bike. On this occasion building up a bike from scratch specifically for the event.

I’d been lusting after an Albannach ever since Jim rebadged an old frame with some cool typeface and a lion on it back in about 2010. He’s upped his game a bit since then, and with bespoke titanium frames going on sale to the public earlier this year I had to get in early so I had one before they went mainstream [sorry Jim, I hope this doesn’t happen]. A few changes in specification meant the frame didn’t land until early September but I had it built up in a few days and straight out into my local trails – it felt good – fast, responsive, confidence-inspiring… it also looked pretty fucking bad-ass.

With nothing but other people’s stories to go on for my build I went on hunches – I opted to regress to 2×11 gearing [is that old-school yet?] to avoid spinning out on the high-speed road sections. I stuck with my solid DT-Swiss R24’s, and WTB Cross Boss’s with 50+ PSI were compulsory thanks to Euan Lindsay’s diktat, though after a couple of high-speed wipe-outs in the muddy Pentland Hills I was beginning to worry about them.

On to the weekend, and a crew of seven (plus one dog) headed for the YSS Schoolhouse in Helwith Bridge. What this place lacks in pretty much everything else, it makes up for in location, literally on the startline. Four of us were riding (three for the first time), with two partners and one victim of the harsh entry-ballot stepping up to act as SRA rider support. 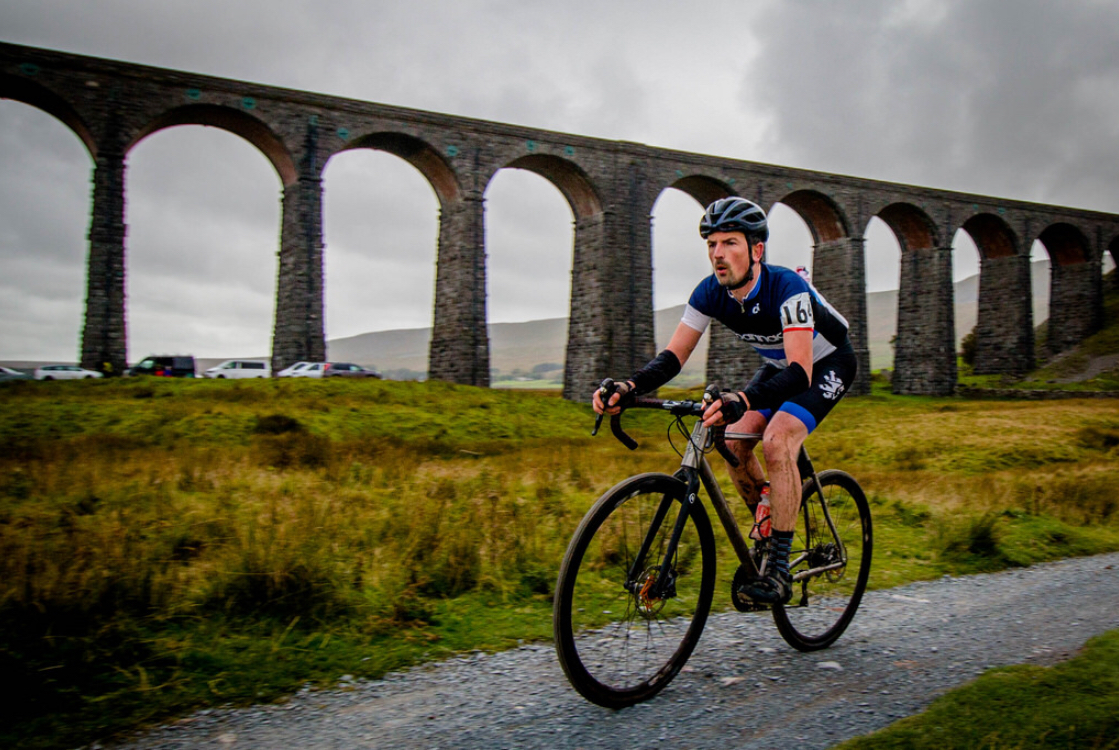 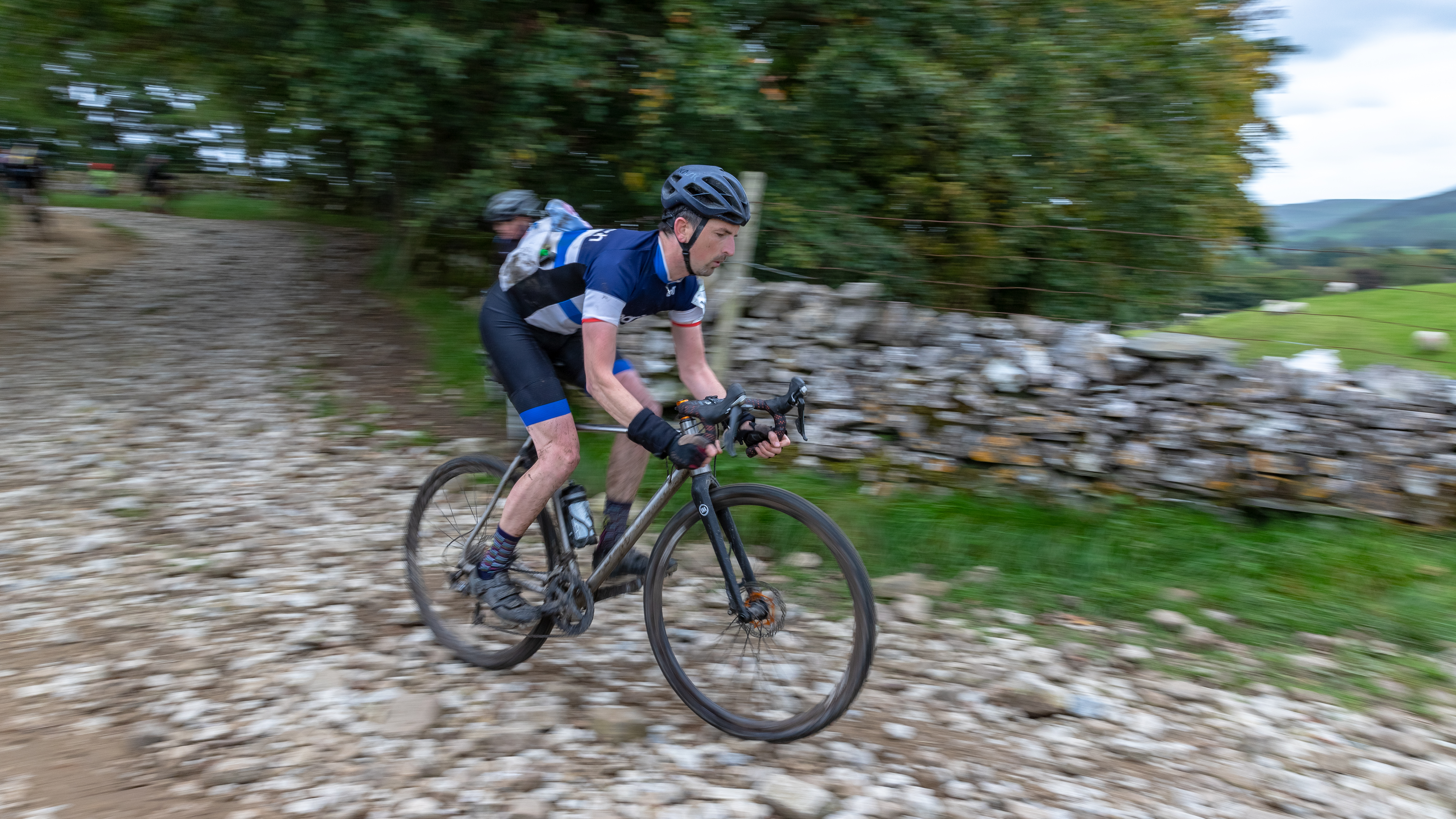 Anna and Jim were treating this as an extension of their honeymoon, and Jim was more concerned about whether their bunks were close enough to hold hands overnight than he was about completing his second 3 Peaks – he’d given up beating his previous effort thanks to a month of wedding madness and a supposed belly (note – he went on to smash his previous effort).

Neil had also had a few distractions, and whilst we all fussed about a few PSI in our bike tyres he had a rapidly deflating van tyre to deal with to even make it to Helwith Bridge. He’d also suffered a bang to the knee which limited his training, but thankfully also limited the number of chances he had to destroy his bike in the build-up (note – Neil wrecks bikes). Neil’s wife Lucy had brought their dog Yami and enough (ridiculously good) Rocky-Road to give us all diabetes.

Graham Co$&£*”(!)— as it’s now spelt, the dark horse of Albannach, took the brunt of the hostel proprietor’s anti-Scottish sentiment as he slaved away in the kitchen making our dinner (on top of two hours the night before getting those onions just right!). The man seemed genuinely surprised when “a bunch of tight Glaswegians” payed up the full £6 each. As a trained teacher, Graham knows better than most how to hide it when he has no clue and is terrified, so came across as quietly confident about the race despite the fact he was probably also shitting himself. 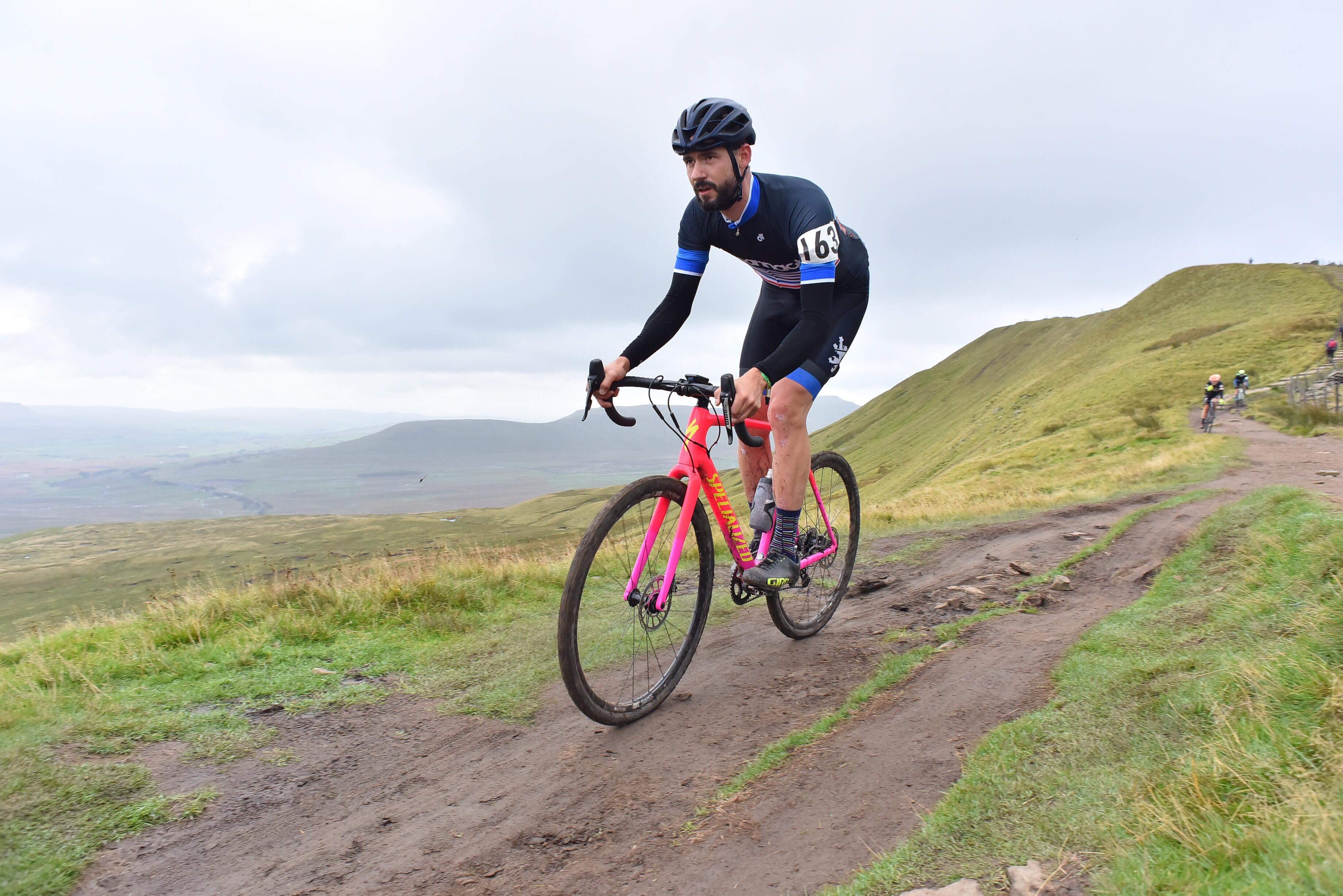 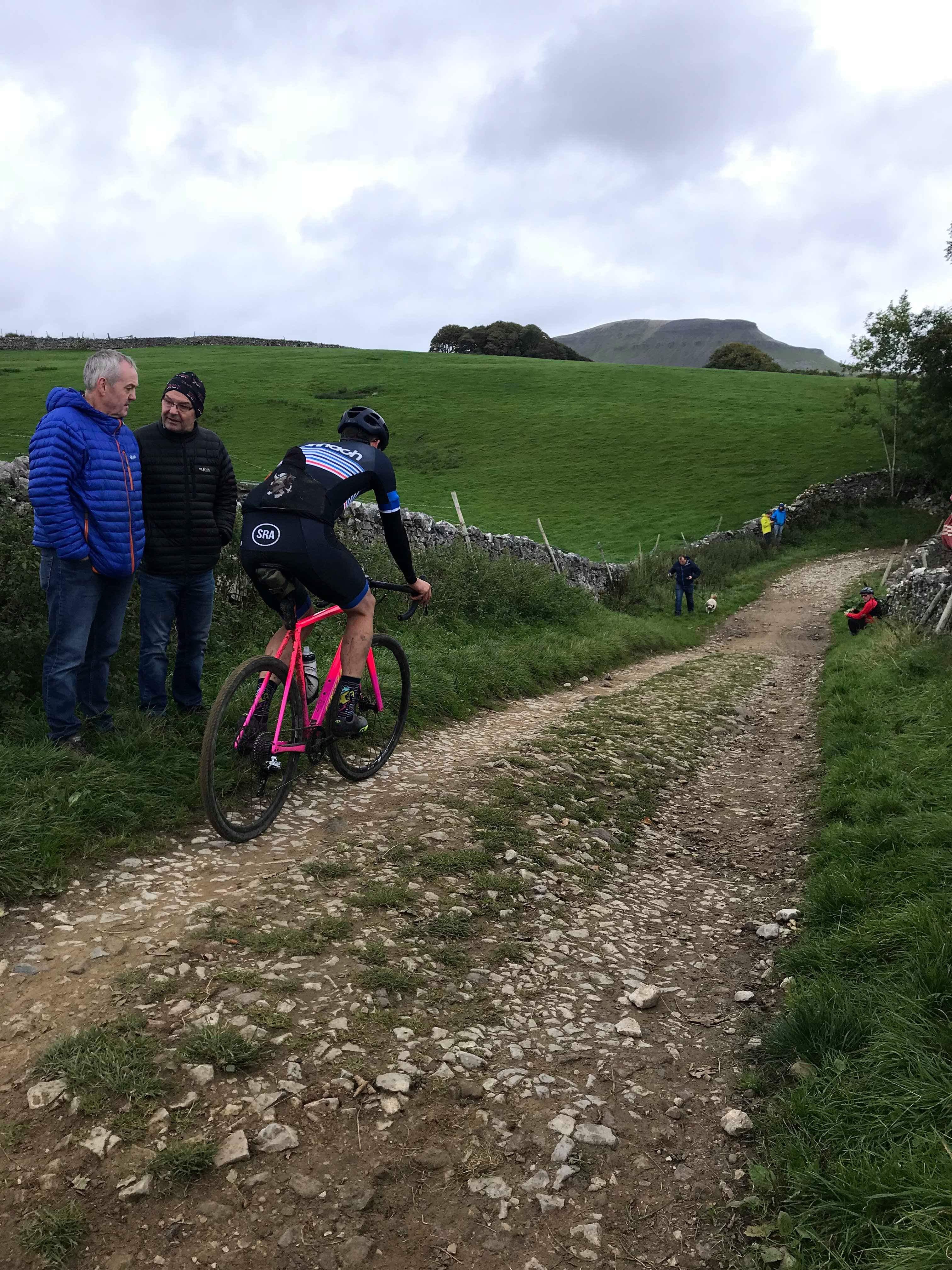 Finally there was Euan – a relative veteran of two previous finishes. Euan was my 3 Peaks oracle. I’d been consulting him every chance I got since getting in, and the weird place-names and phrases he came out with had slowly morphed into a tangible route map with clearly defined support stops and a plan. He took on a whole new persona the night before, organising the troops and collecting all our kit and bottles. A truly selfless act from Euan, with Neil bestowing him with a deserved #AlbannachMVP.

The race itself went a bit like this, total fucking chaos neutralised zone, walk up a hill, descend through a bog, road, massive set of steps up, UCI Downhill World Cup standard descent (FML), road, bumpy climb, another UCI Downhill World Cup standard descent (complete with walkers, dogs, stray kids, oh and competitors racing up the very same trail the opposite way), road, finish. That’s all you need to know. I always describe ‘cross to non-CX’ers as riding a mildly technical route on a bike totally unfit for purpose. This route is more than mildly technical. 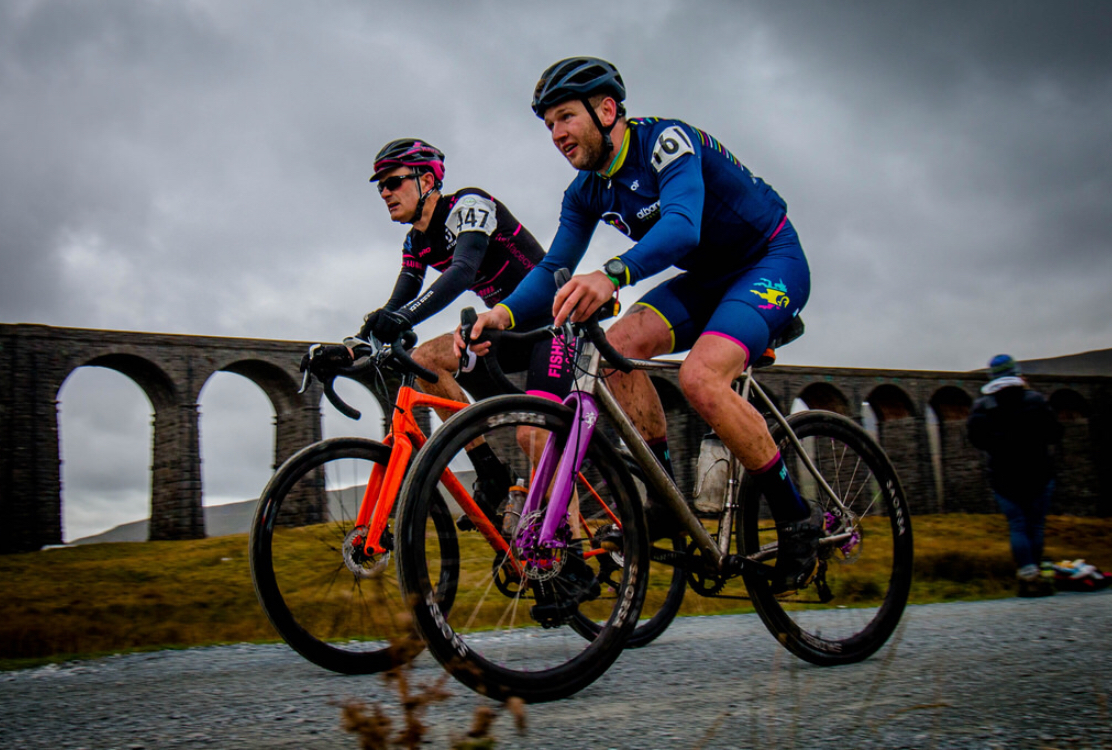 After I finish an event like this I normally allow myself about 30 seconds to appreciate it, before moving on to what I could do next time to improve. It’s not an easy mindset, but I suppose it keeps me motivated. What would I do to my body? Run up steep hills, again and again and again. What would I do to my bike? Absolutely nothing – the bike was flawless. I rode quite cautiously the first two descents (priority number one was to finish), but on the final descent I let it go, and it lapped it up. Amazing. Subtle touches like the flattened horizontal top tube made carrying as pleasant as carrying can be, and the fact that you’re riding something unique, designed by a mate with each part hand-picked and built up in my garage made it all the better. And yes, Euan, those tyres were perfect.

All four team riders finished, which says as much about the invaluable support from Lucy, Anna and Euan as it does about the hard work by the riders. It was a proud day to be part of  SR Albannach and I’ll be back next year [if I get in]. 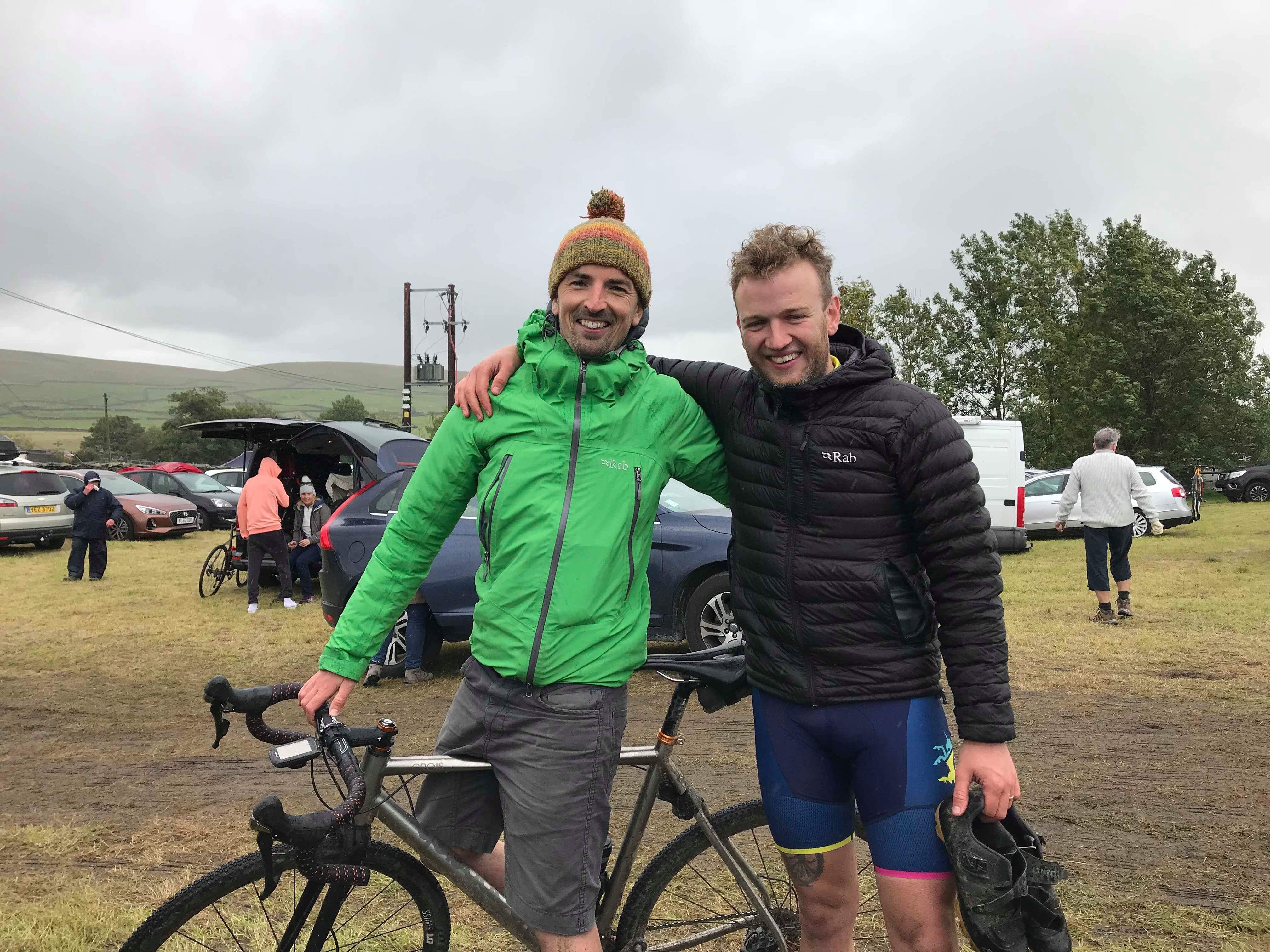 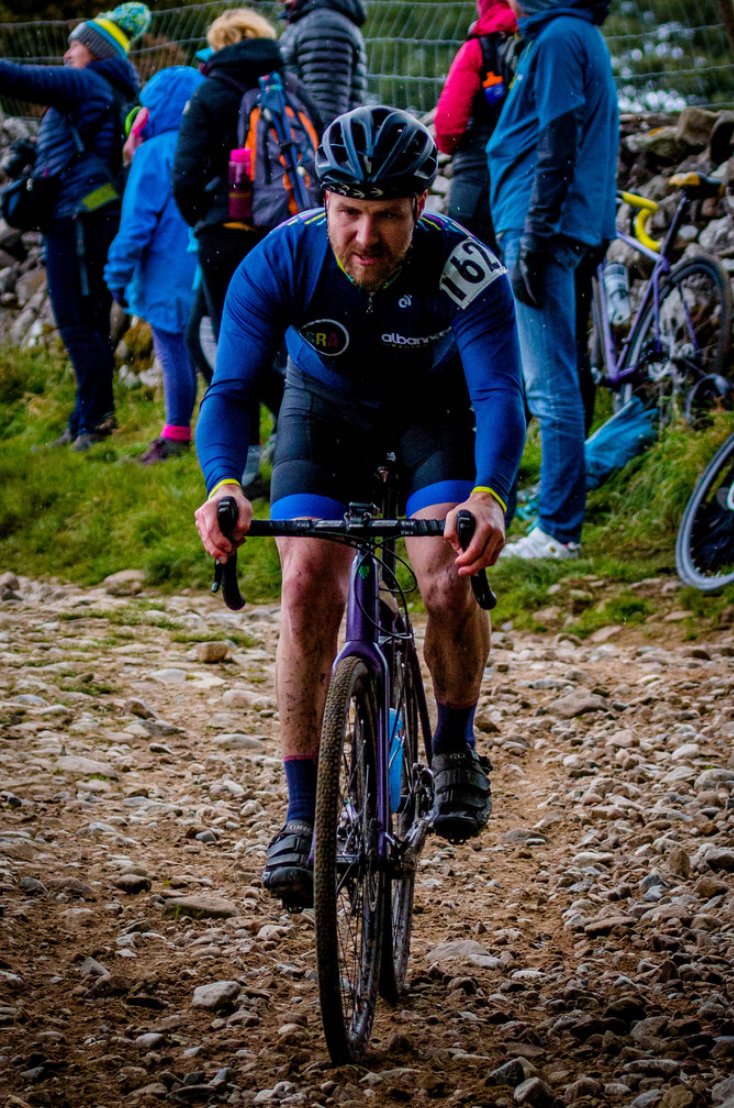