The Skinnymalinky of Euan Lindsay

Strictly speaking this isn’t an Albannach, in fact I’ve had no say at all on anything to do with the design of this machine but really, it’s too glorious not to feature it. It’s also a great excuse to break into an abandoned Glasgow dry dock and practise my point and shoot.

My pal Euan Lindsay, the resident Roy Lichtenstein at Shand Cycles has been honing his trade for nearly two years in their Livi workshop. His first custom frame is a wee beauty of a road bike tarted up with headache-free 3D inspired paint scheme, the best use of your anaglyph specs since Jaws 3-D. 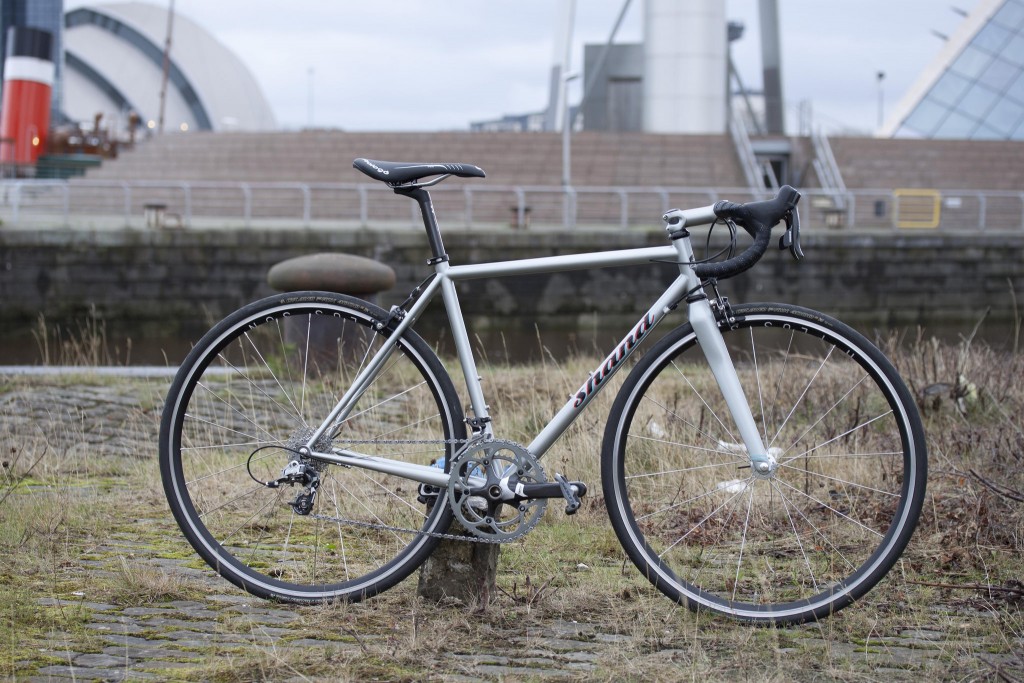 From the man himself;

Shand Skinnymalinky built up in a mix of Reynolds 853 and Columbus Life. 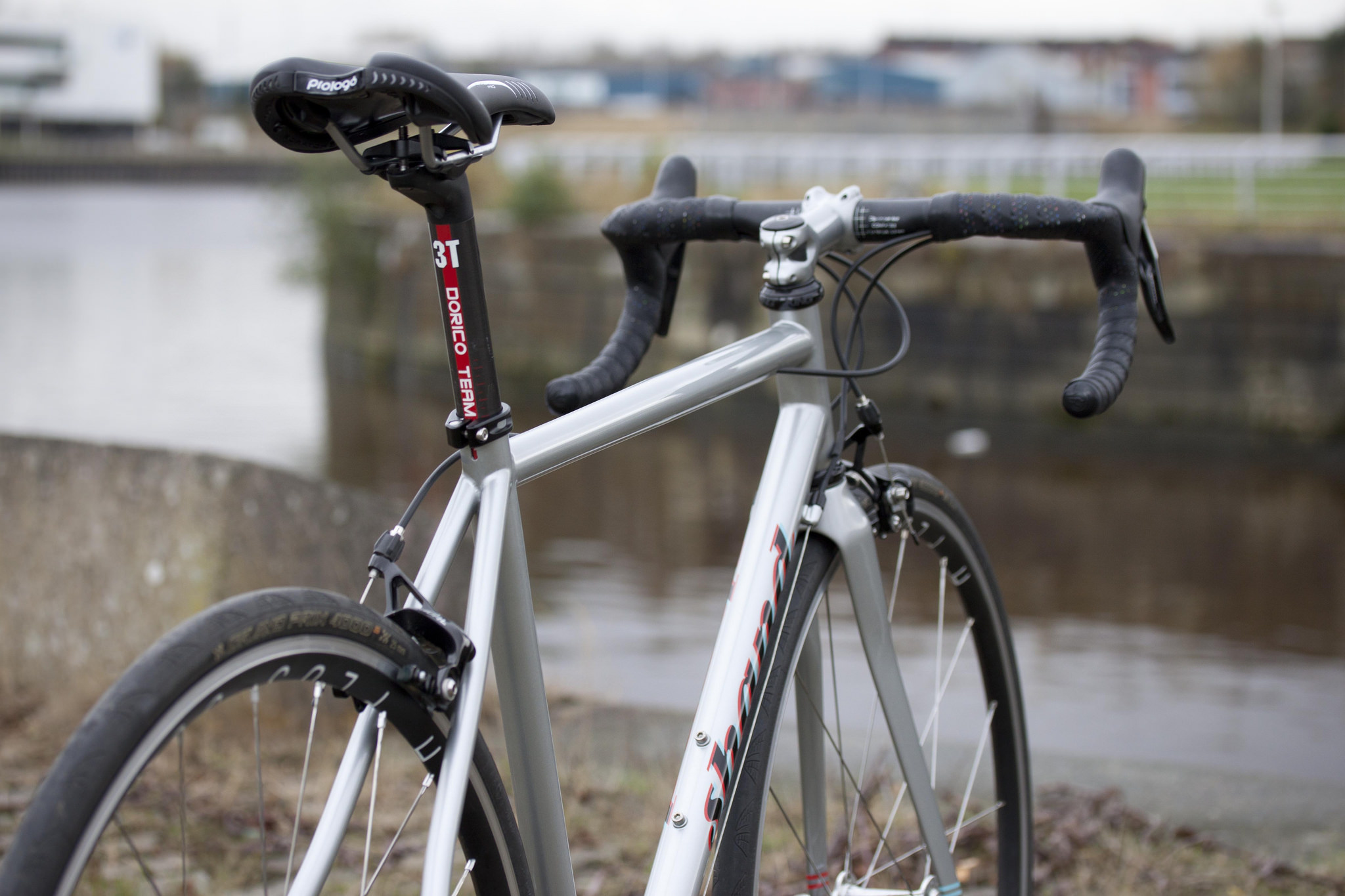 “The frame geometry is based around the standard Skinnymalinky size small, but tweaked for my fit. Since I was painting the bike, how it looked was a matter of the time I wanted to put into it. With a couple of ideas in mind I couldn’t really choose between something more overt and in your face or a classic looking road bike.

I had been reading a book of HP Lovecraft stories, the front cover was an anaglyph and the book came with a pair of 3D glasses. I thought it would be kind of cool if the Shand logo on the frame was actually a anaglyph and pop off the downtube if you wore a pair of glasses.

As well as the logo I wanted to do a couple of things a little different from the standard paint. The headtube badge is painted on rather than the nice pewter ones we usually use, just thought personally it would sit better with silver base colour and black headset. 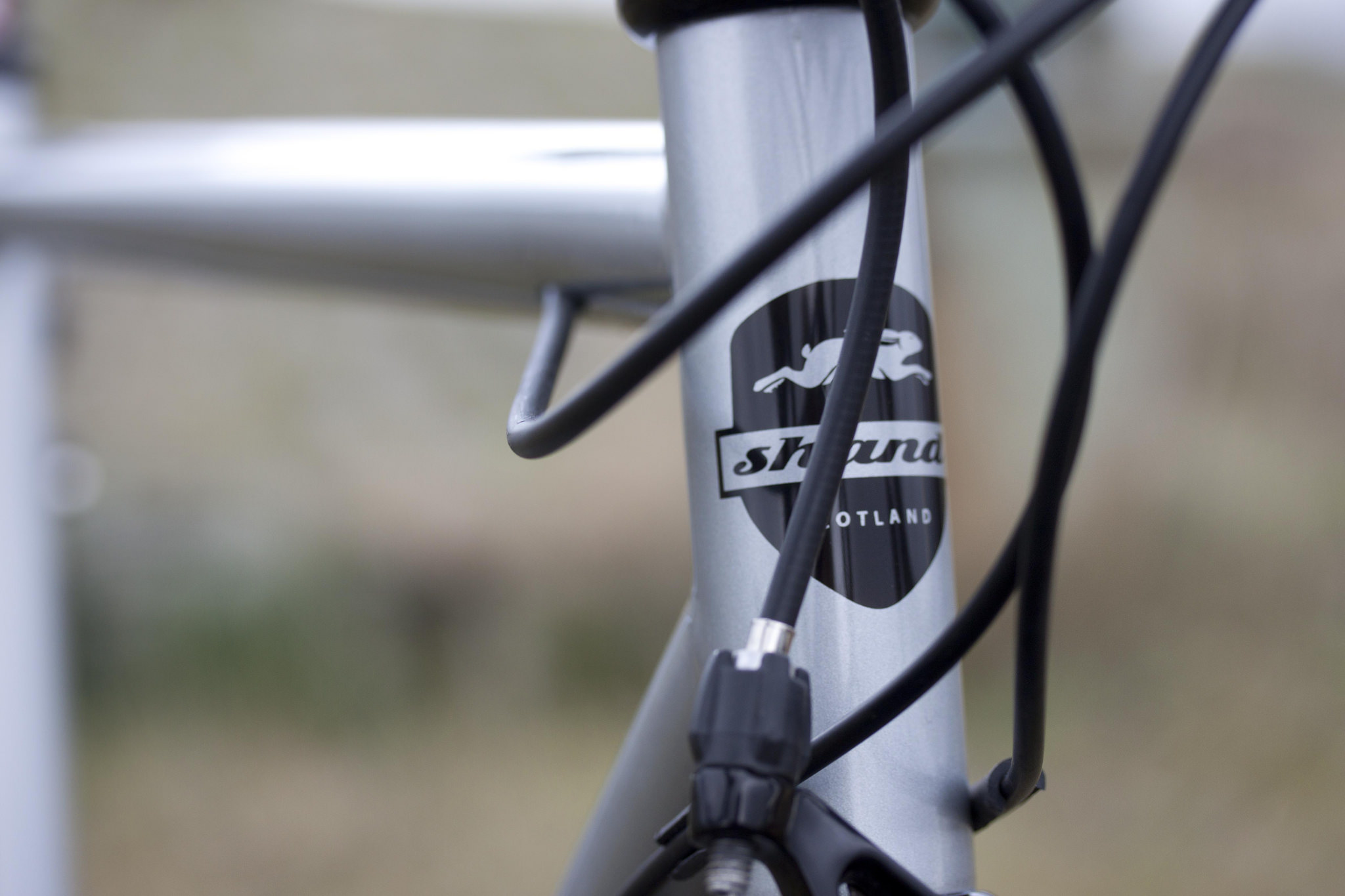 I also wanted to paint the inside of the stem faceplate cutout as a nod to the colour of 3D glasses lenses Its a detail that no one will ever really see, but when riding the bike if you look down you see the little flashes of colour exposed there.

One detail that will never been seen is that the holes of the internal brake routing have been painted again in a mirror of the 3D glasses. Looks nice on the frame, but as soon as the brake cable went into the colour is obscured.

The Shand logo does pop with a pair of glasses on up close and from a little further out the logo actually looks out of focus compared to the rest of the bike. Although I didn’t plan it, I think adds something to the bike that makes you want to see it closer” 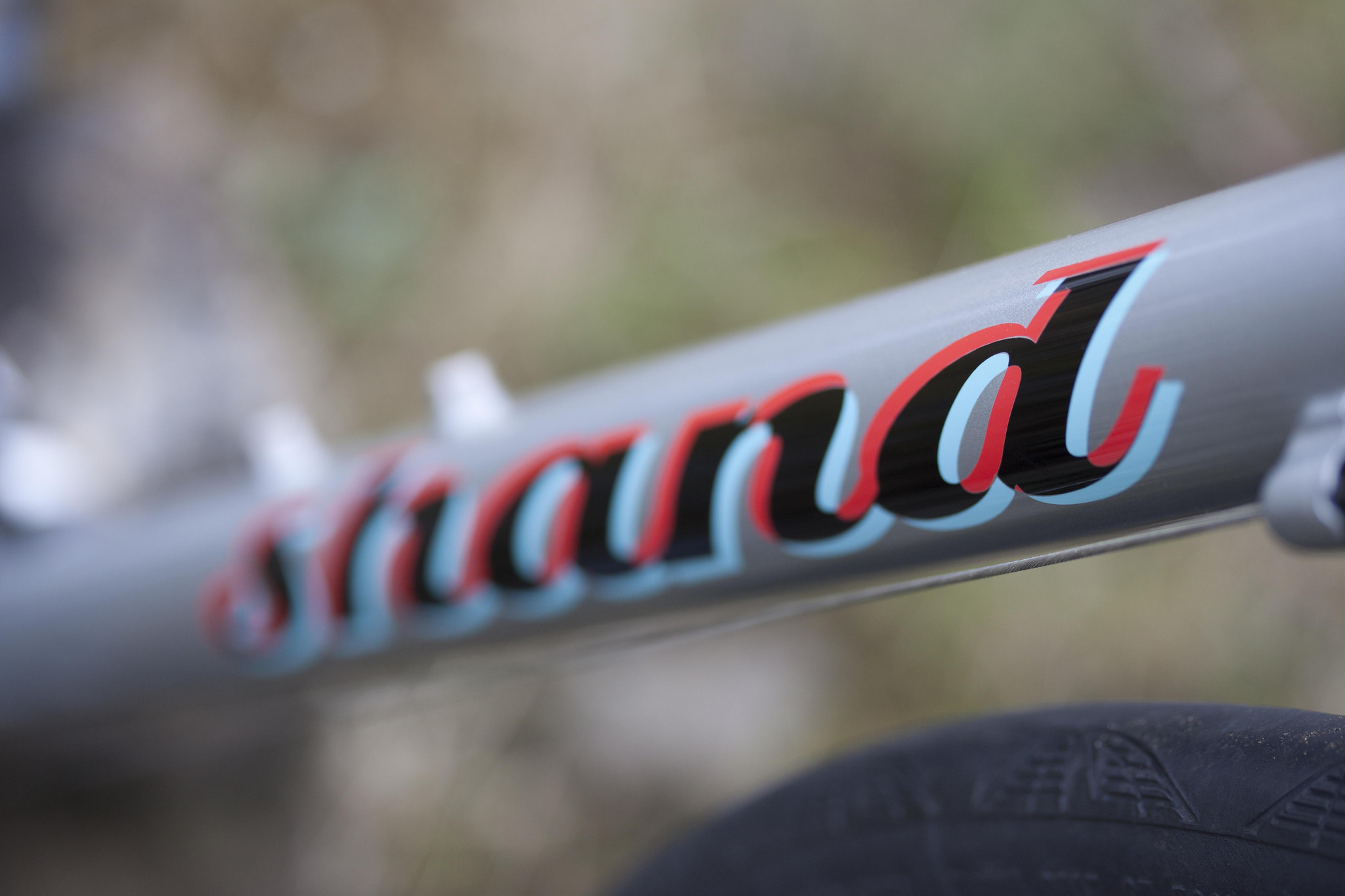 For more photies of Euan’s Shand Skinnymalinky have a swatch about the gallery.

If you like the look of this killer bike, take a look at what else Shand are cooking up. 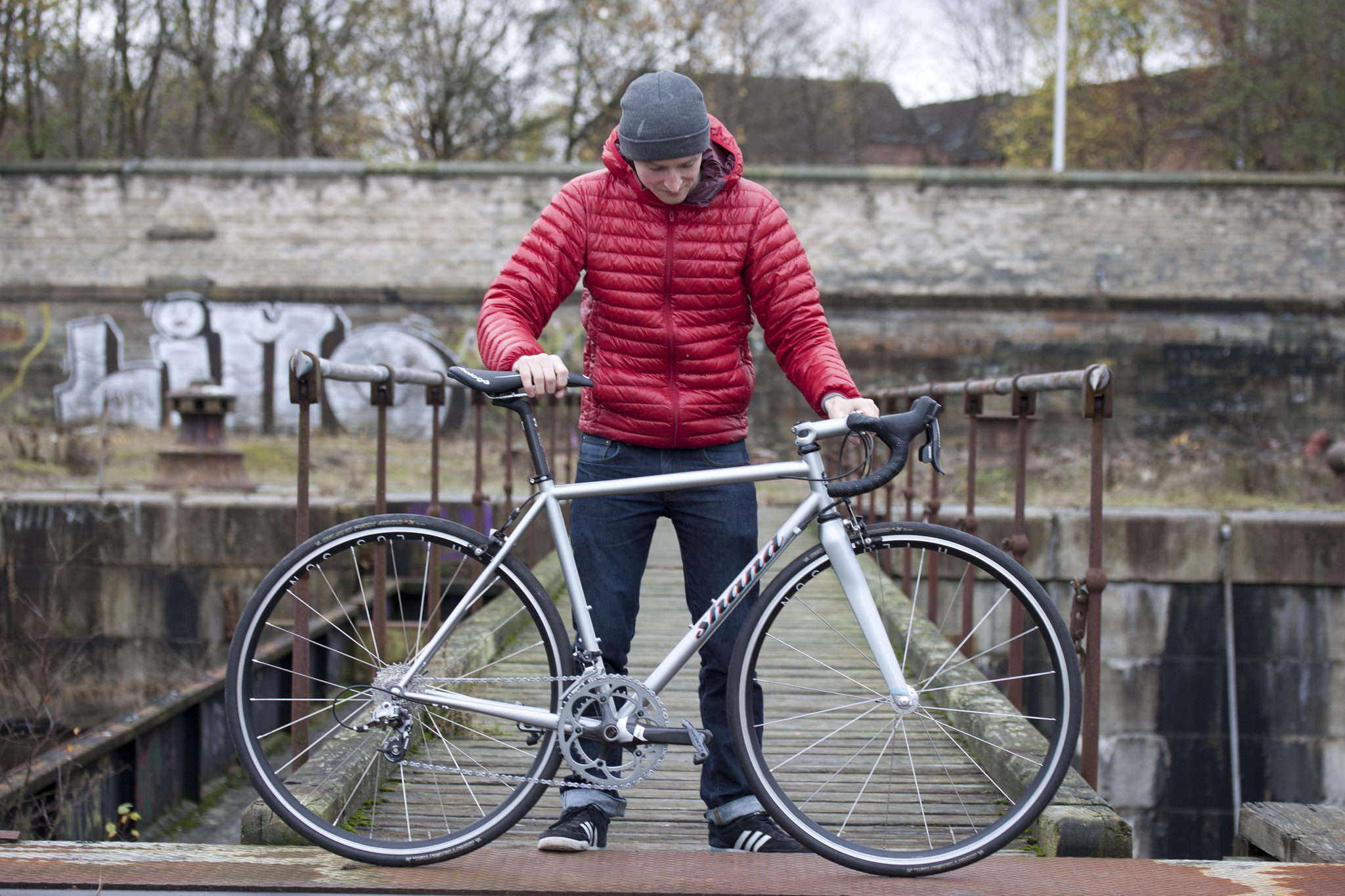