We’ve had everything this year. Good courses, shite courses, rain, sun, snow, punctures, crashes, the lot. One thing that I am ashamed to admit is that this year is the first year that I’ve ever had any involvement in actually helping out the organisers on the day of a race. Most people rock up race go home and stalk Facebook for pictures of themselves doing their thing. We all do it. We all go home and write status updates and post photos about how good the day was. It’s fucking hard putting on a race, never mind two. In walks John McComisky, the guy’s a fucking hero. He loves cyclocross and cyclocross loves him. 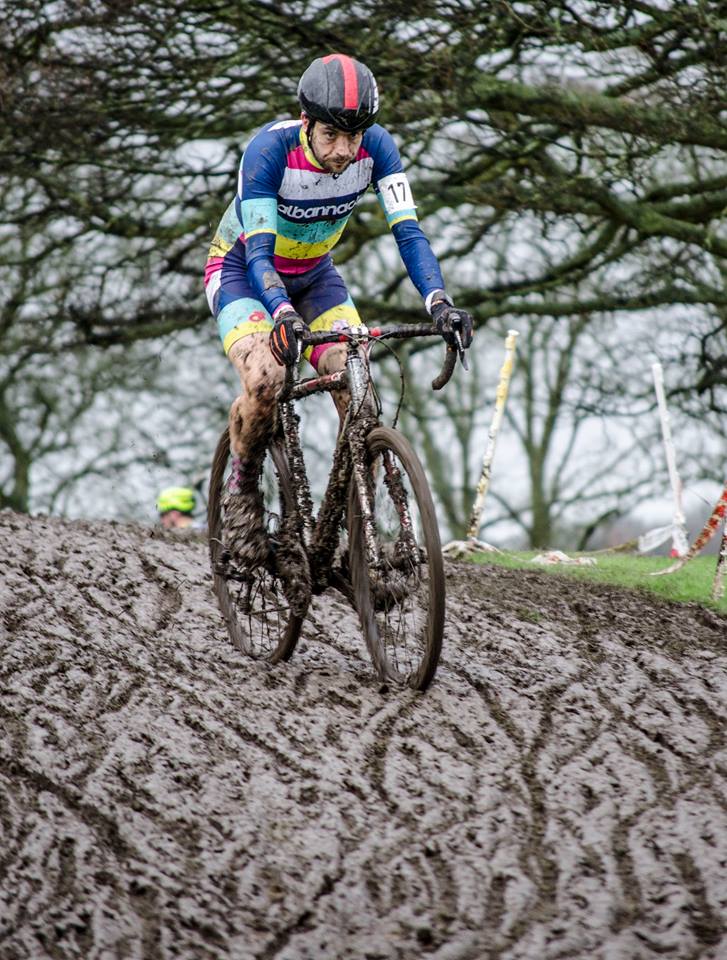 To be brutally honest I wasn’t as excited for the second outing of Beveridge Park. Mainly due to the fact that over the past two months I’ve been a lazy fat bastard and done nothing but eat Oreos and go on a few runs. So to say I wasn’t feeling my sharpest is a bit of an understatement. Personally it has been a big year for me. My first full season as part of an actual cycling club, my first season wearing a skinsuit of a team I actually belong to not some dodgy Belgian number I bought off polish eBay. In years gone by I’d rock up in my hacket shorts from Lidls and boggin’ running shoes. Now I turn up at a race and want to actually get a decent result. A year ago I would have bitten your arm off for a top 20 . Now I’m looking at lap times to try figure out where I can make up time to push up another few  places. 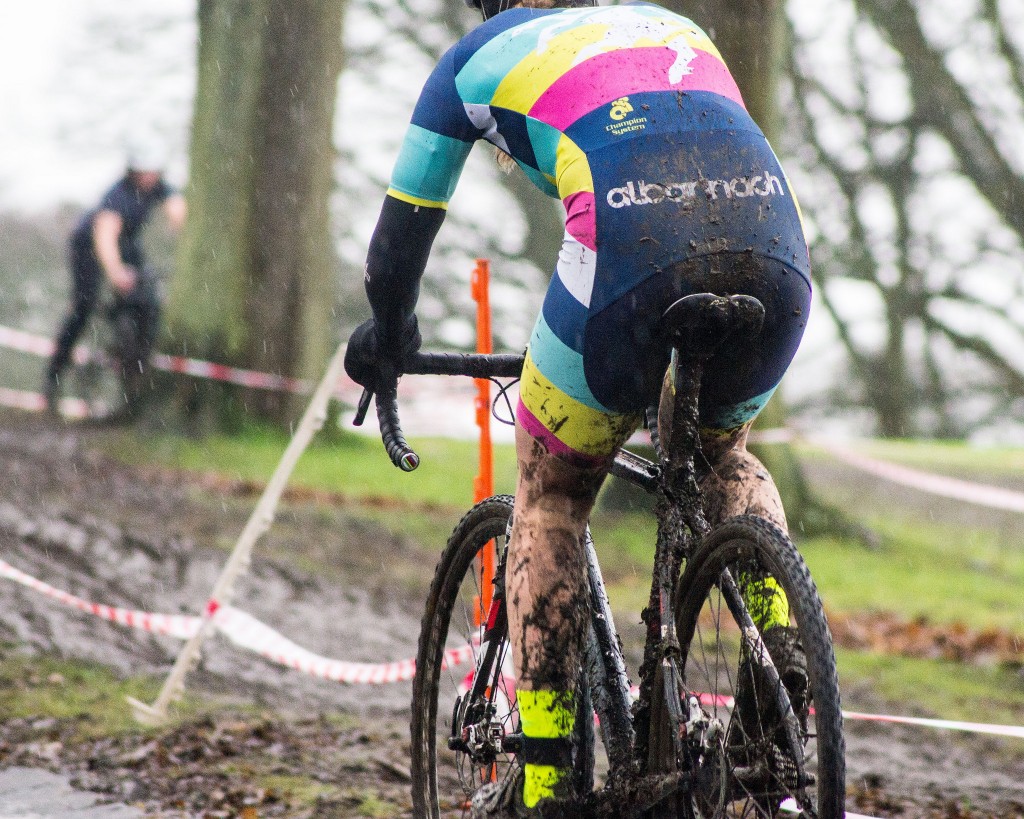 My goal for #BPGP was top 20. It doesn’t sound that ambitious when I see it written down but I know that top 20 for a Super Quaich A race, with a competitive field would be a decent result. The past few races my girlfriend Celine hasn’t been working so she has managed to come and watch with our little boy Lewis. She was working on Sunday so that meant I had to take Lewis over to my Grans so she could baby-sit for a few hours. I love it when they come to watch. At Ayr I could here Lewis shouting as soon as I rode through the trees. It helps knowing that there is family standing out in the (usually) shite weather cheering me on. It makes the suffering slightly more bearable even just for the few seconds it takes to go by them. Sadly there would be no family support today. It was a day for rolling the socks up and just getting it done. I had Earth, Wind and Fire on driving over from Glasgow. No amount of rain or gale force wind can get you down when Boogie Wonderland is on full blast. FACT. 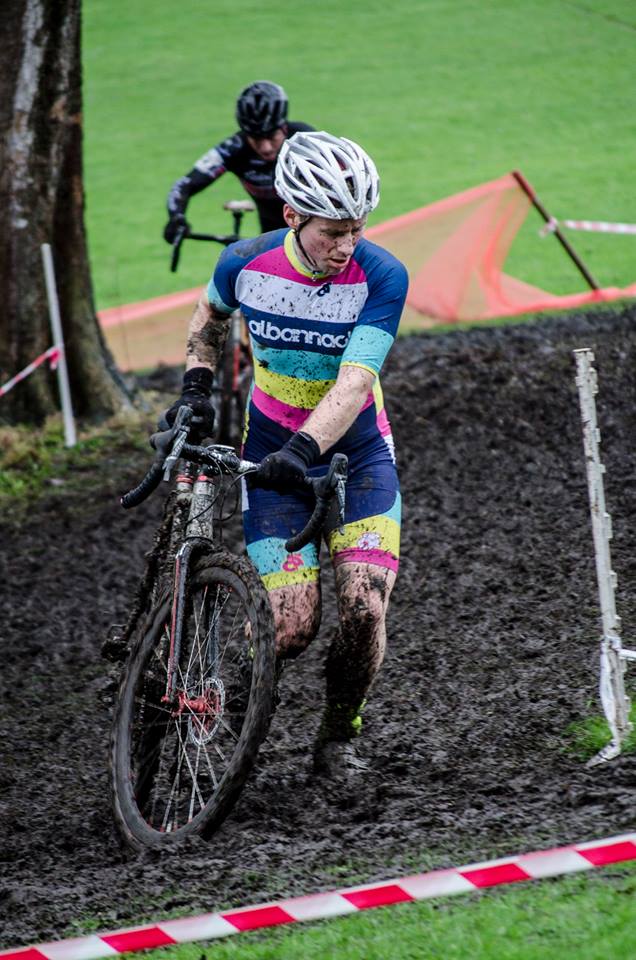 I left the bike on the car and walked the 5 minutes to the start to get signed on. I still had tons of time before my race kicked off. When I seen the course I thought it didn’t look too bad. I was expecting it to be cut up like the Doonbank Troffee was the previous week but there was still plenty of green grass. Most of the B race were inside the changing rooms taking refuge from the rain, with most racers in their  kit soaked to the bone with still over half an hour before the B race started. I had intended to do a few practice laps before the start but due to the weather I thought it was probably a good idea to keep my only kit (my race kit) dry until as close to the start as possible. I had a good idea of the course from September but wanted to have a quick wander round to re-familiarise myself. In the space of half an hour almost all of the grippy green grass had gone. Through some of the tricky corners there was no obvious line to choose from, it was all one big brown mess.

I’d love a set of tubs, especially for a day like Sunday but tubs are expensive and I’m poor as fuck so clinchers would have to do. I’ve had a few pinch flats this year so was pretty nervous about running my tyres so low but fuck it when in Rome and all that. 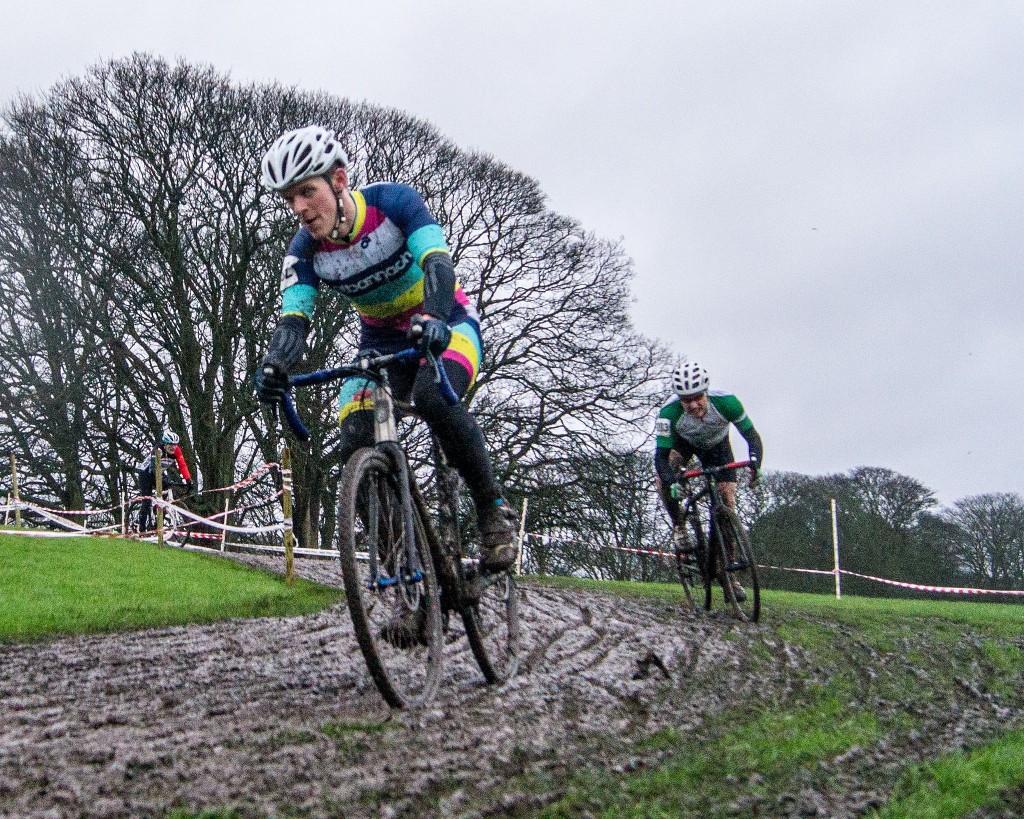 Seeing 90% of the B race shivering in the changing rooms put me off of doing a warm up outside so I brought my rollers up from the car to the rugby changing rooms.  When I see people warming up on rollers I think it looks proper pro, legs embro’d up spinning away at the side of a car or under a gazebo. I couldn’t look any more un-pro if I tried. I had a massive Ikea bag with all my kit over one shoulder, my rollers awkwardly slung over the other shoulder and juggling my bike with whatever arm was feeling less like it was about to fall off.  It wasn’t very graceful but I managed to get there eventually. I genuinely thought I had one over than the rest of the field. I imagined them all sitting in their cars with the heating on sooking gels and eating jelly babies while I was under the warmth of the changing rooms on the rollers looking pro as fuck, sort of. I don’t think you need to be at the very top of our sport to realise how important a warm up is, especially on a day like Sunday. It was minging, windy, cold and started off with a full gas sprint uphill so I was glad I got in a decent warm up. 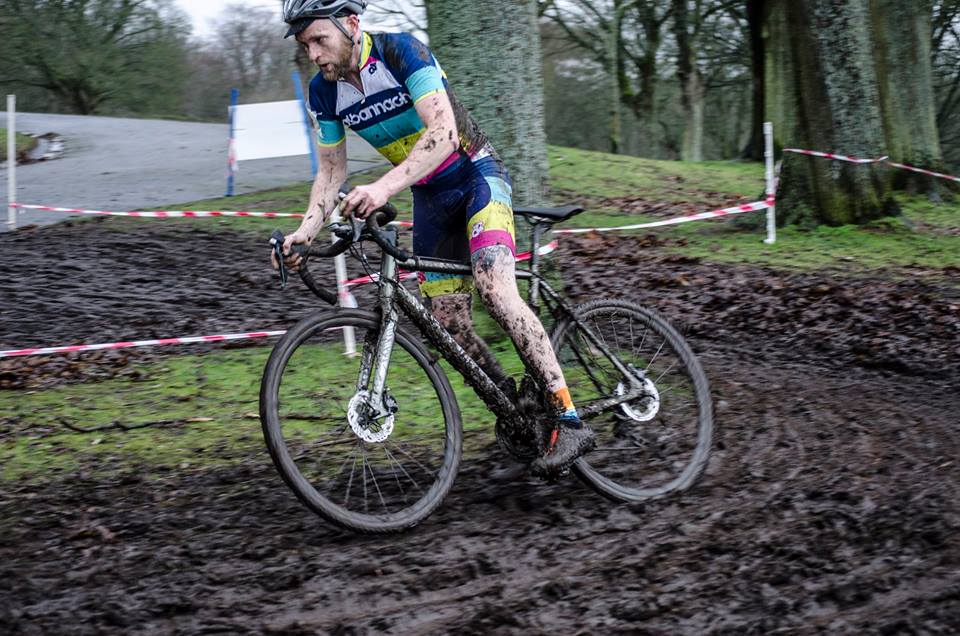 The changing rooms were bang on the start line so 10 minutes before the start I rolled over to the start cheekily trying to poke my way as close to the front as I could. If you had said to me two or three years ago that I would get gridded in a few years I would have had an instant erection. I’ve been gridded almost every race this year and I still don’t know how. I’m still a pundy that canny ride a bike. I heard Guto calling my name which meant I could poke my front wheel a few rows forward. There wasn’t much banter before the start, normally there’s a few vegan and fat jokes flying around but everyone looked super focused and in the zone. Maddy was on commentating duties and she gave the, “the race will start in the next fifteen seconds” warning. BANG!!! As soon as the last s of seconds was done the whistle blew for the start. 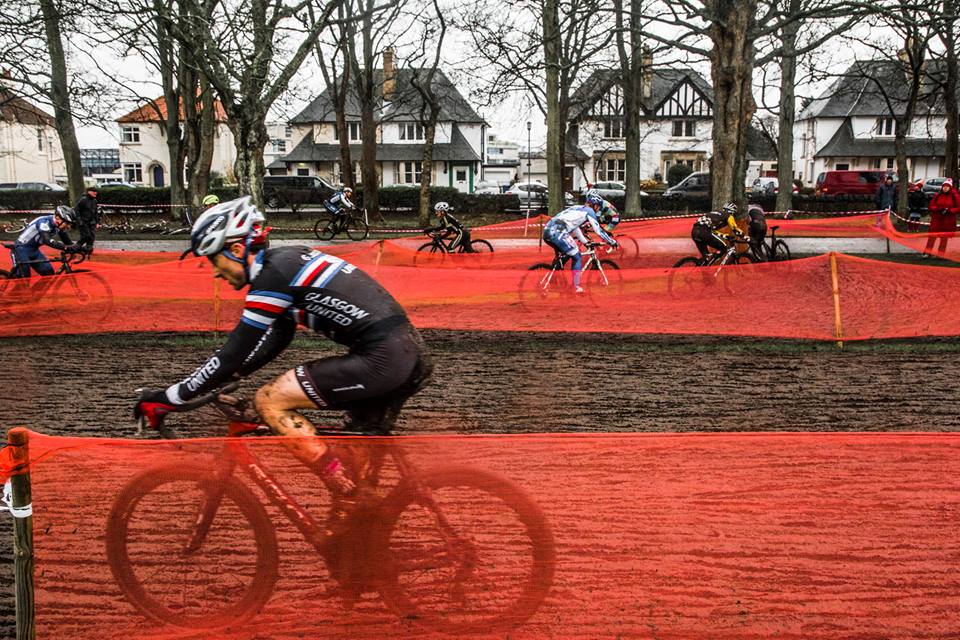 I had a great start, I literally pedalled as hard as I could up the first hill. That was the plan. There was a slight downhill that immediately followed the climb, I hoped that I would be able to recover here. The descent was off camber and slidy as hell. My wheels wouldn’t grip and my bike went sideways a few times. I’ve now idea how I managed to stay upright but I was still rubber side down. I couldn’t ride the next grassy climb, whether that was because riders dismounting in front or that there was no traction I can’t remember.  It was only a short climb, 5-10 seconds, at the top my heart felt as if it was about to bounce straight out my chest. We were only a minute or two into the race and I knew I had started way too hard. For about two or three laps I continued to struggle round the course not finding a decent rhythm. On lap two I remember fumbling around trying to find my asthma inhaler. When I found it I slowed right down and took a good 10-15 pumps trying to free up the ever tightening grip on my chest. If you haven’t got asthma imagine you’re lying down with  someone standing on your chest, that’s what it feels like when you can’t breathe. Panic over and lungs starting to feel normal again I started to get into the race. It happens every single race but it takes a good three or four laps to get into the race. I didn’t recognise many people around me. There was around three or four of us that had a good race for the first half of the race. Swapping positions a few times. I started to lose time the second half of the race. 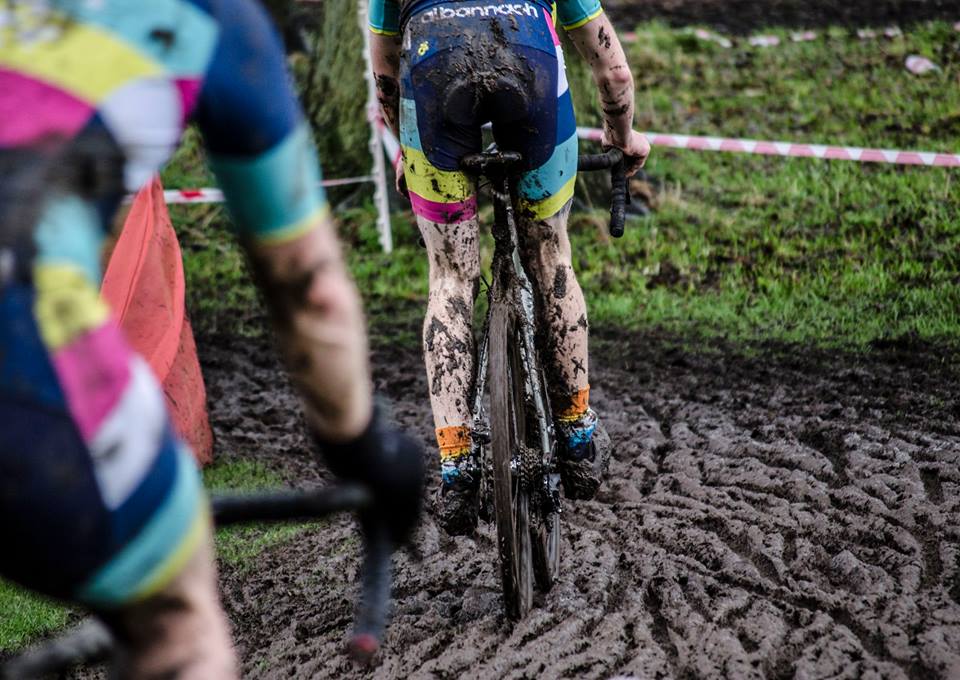 At the top of the road climb every lap I was buckled over dry boking. I didn’t want to stop and lose more time so was ungracefully sick on my legs on the tricky off camber decent. Every time my heart rate spiked too high I felt sick. I don’t know if it was because I was sick or just lack of high intensity training. I couldn’t catch the guys in front so now I felt like I was being chased down by Matthew Smith of VCM. When I got home I compared our lap times they were almost identical. We were passing each other at almost the same point every lap but this gave me the impetus to get the finger out and get a shift on.

My bike was picking up more weight in mud every lap. The running sections were slowly turning into hobbling sections. My run was a feeble step trying to dig the toes of my shoes for even a little grip. I did not feel fast on one single part of that course, it hurt like hell the full hour. I’d be lying if I said I didn’t want to chuck it a few times but I’ve spat the dummy out once before this season and it’s the worst feeling in the world when you’re standing there with your dick in your hand watching everyone else soldiering on with their race. I’d rather finish in last place and finish than chuck it.

I’ve felt better at the end of a ‘cross race so have to admit I was glad that hour was over. I finished completely empty. The mud, the running, the wind had worn me down lap by lap so me and my 20kg bike were happy to be done.  Fuck knows how I managed to finish that race without crashing. If there is one thing I’m good at it’s crashing during a ‘cross race. I’ve had a few belters recently so I felt real sense of achievement managing to stay upright.

Normally I check the results as soon as I get back to the car however I wasn’t as keen on Sunday because I knew I had had a shiter. I was pleasantly surprised when I seen my result, 24th. I know I have better in me but 24th was all I had on the day. 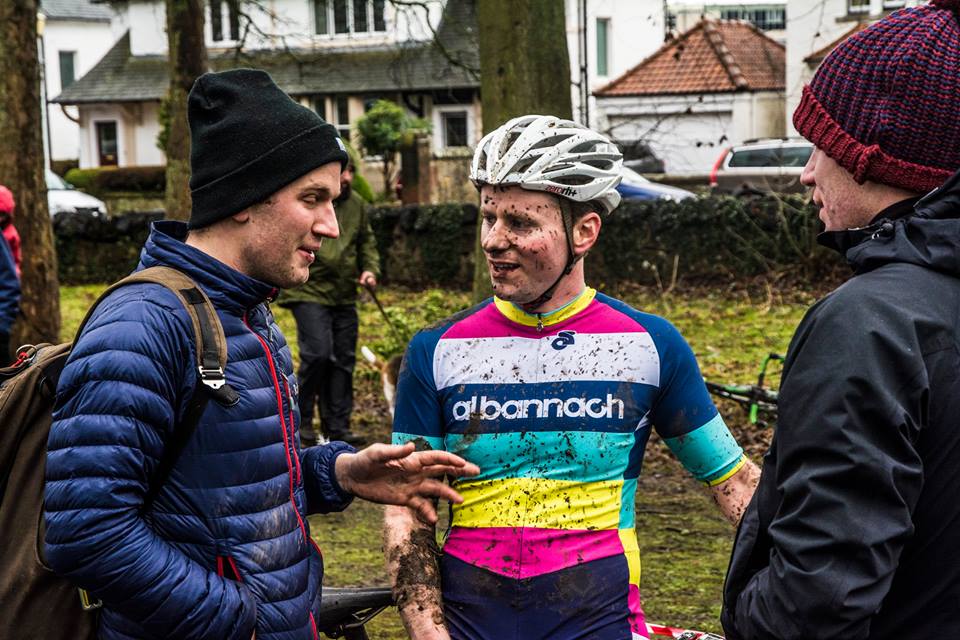 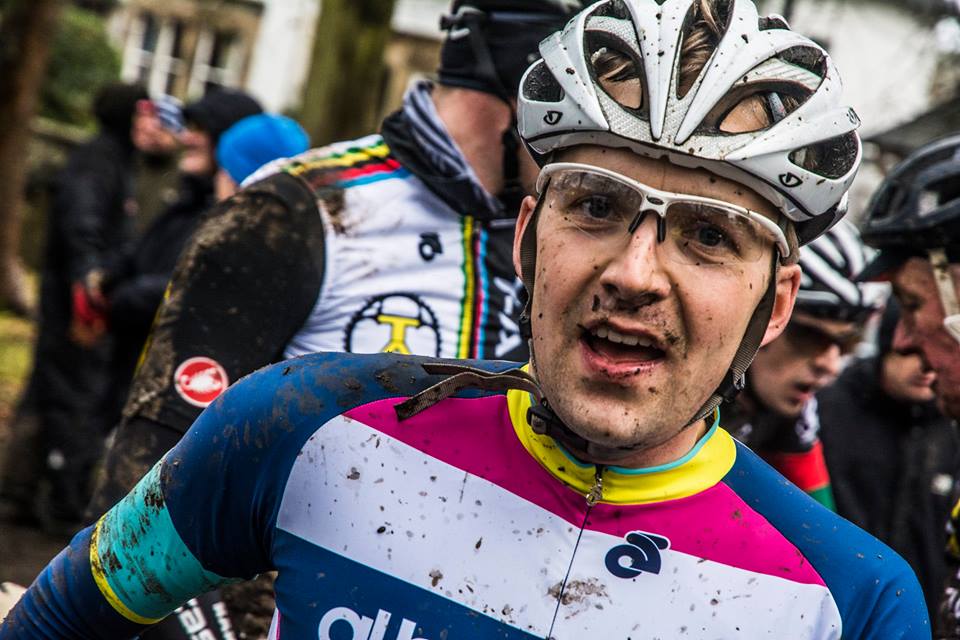 John and Caroline have outdone themselves yet again. When everyone is on their way home  John, Caroline and crew were all knee deep in mud wiggling out wooden stakes and rolling up bundles of scrim. If it wasn’t for all these great organisers we would all have to find some other expensive hobby to keep ourselves busy during the winter. I suppose this is a strange, really long winded way of saying thank you to everyone who helps behind the scenes putting on all of our SCX and Super Quaich races on. Enough rambling from me  I’ll catch you all for the season closer at Dig In.

Thanks to our man Chris Barr for returning to the typewriter to bookend this season with twin BPGP coverage. 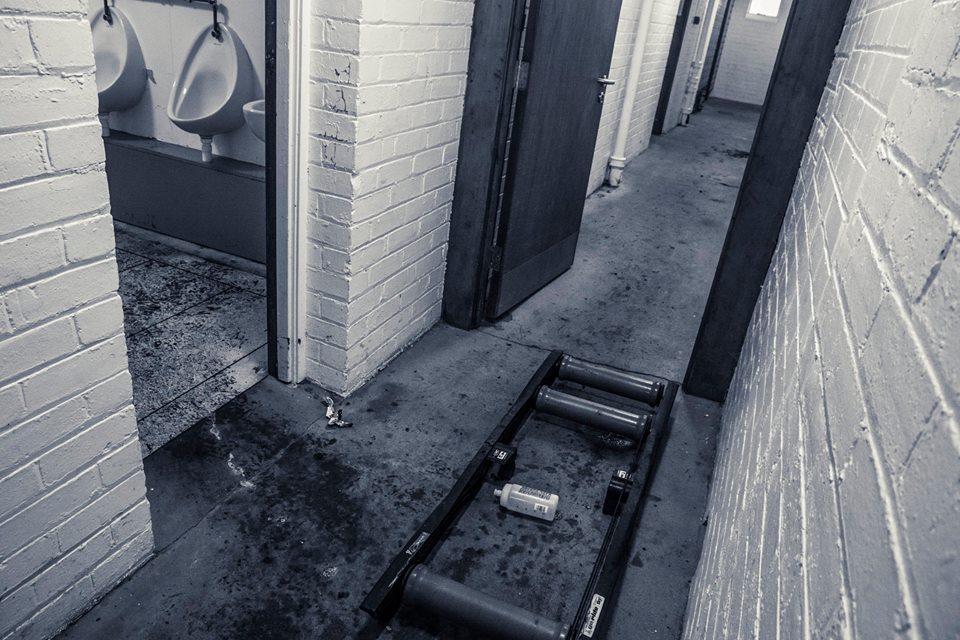