OK, here we go, my first ‘cross report. Van packed and on my way to Fawkirk. Managed to wangle my way into the car park directly in front of the big hoose; ideal for wee Annie spectating. Practice lap done, race kit laid out, now time for the pre-race tin of cold rice pudding, followed up by a energy bar, washed down with a mug of black tea. Cleaned the bikes one more time and checked tub pressures; 21psi (1.45bar) front and 24psi (1.65bar) rear. Both bikes ready to go. Last visit to the blue loo, 3 shites later, it was skinsuit time. A big deep breath and it was on, not a minute to spare. 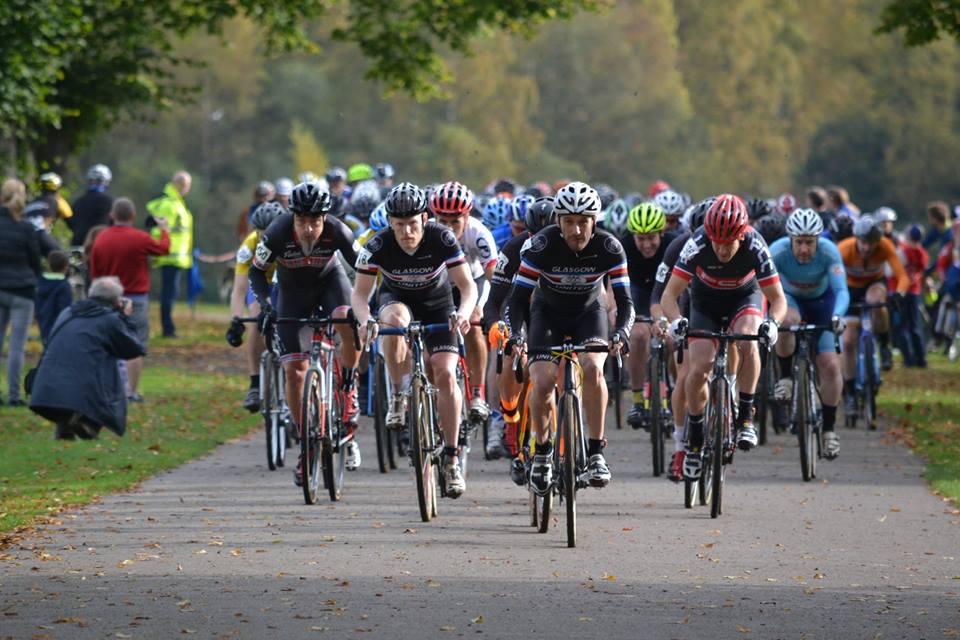 Decided not to turbo, just warm up on the lawn in front of the big hoose. Then made my way over to start line first checking Annie was at the pits with spare bike. 5th on the grid, the starting line the banter was brilliant. James Melville (Glasgow United CC) was the big target, being lean and well tanned.

30 seconds to go everything was set, pedal angled correctly and totally focused on the first part of the course.  A false start, the gun did not fire. Here we go again and BANG we’re off. Not a great start but in the top ten. Managed to pass a couple of riders then I saw Hans (Forhaug – Glasgow United CC) and managed to close the gap. Hans has a spill. He gets passed. I was on my own for a bit but I was getting chased, the race was on.

The next few laps were for 7th place. A three way battle with Paul Cooper on a 29er and Alister Watt (Granite City RT) breathing doon my neck. The spectators were fab along the course with their cowbells and cheering. 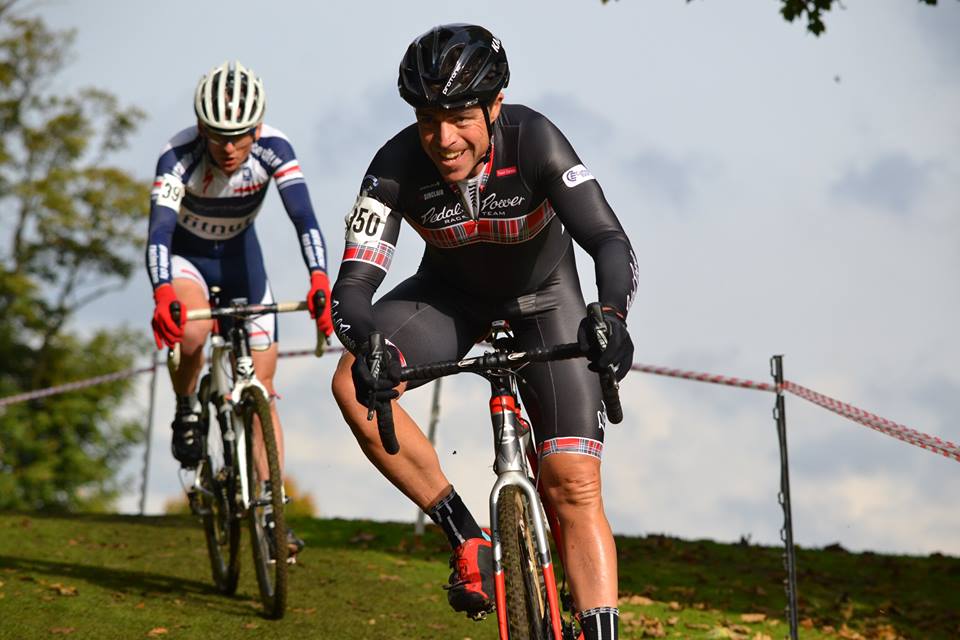 Ali was sitting on my wheel for most of a lap but it was no great benefit to him so it was down to catching lapped riders on the course. Come off the racing line, that’s where the gaps where found. When Paul joined us he shone in the technical sections, gaining the advantage at sketchy bits of the course. My new plan of attack was to get to the switch backs first, this was where our battle for 7th place would be won. 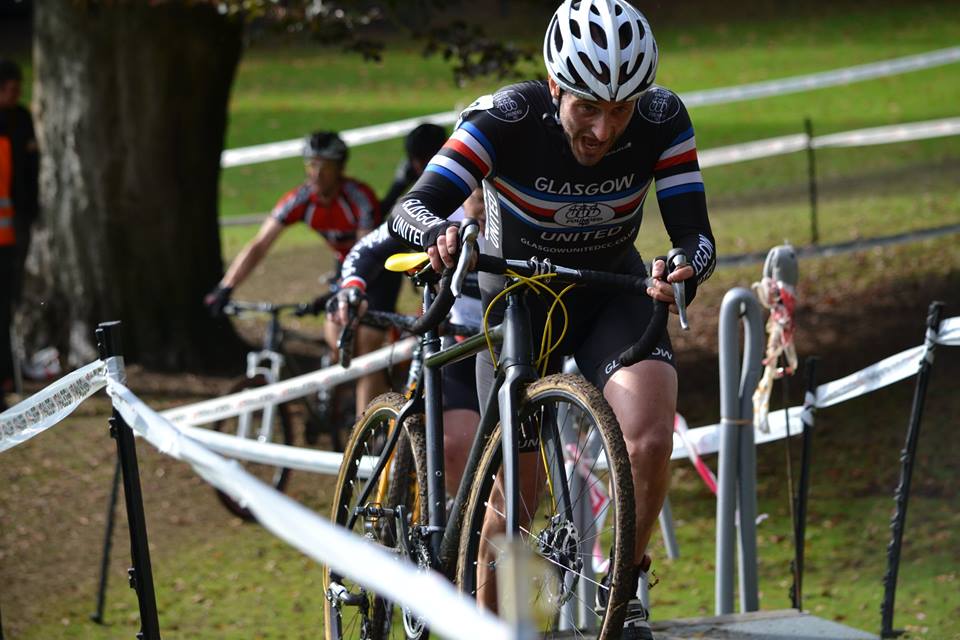 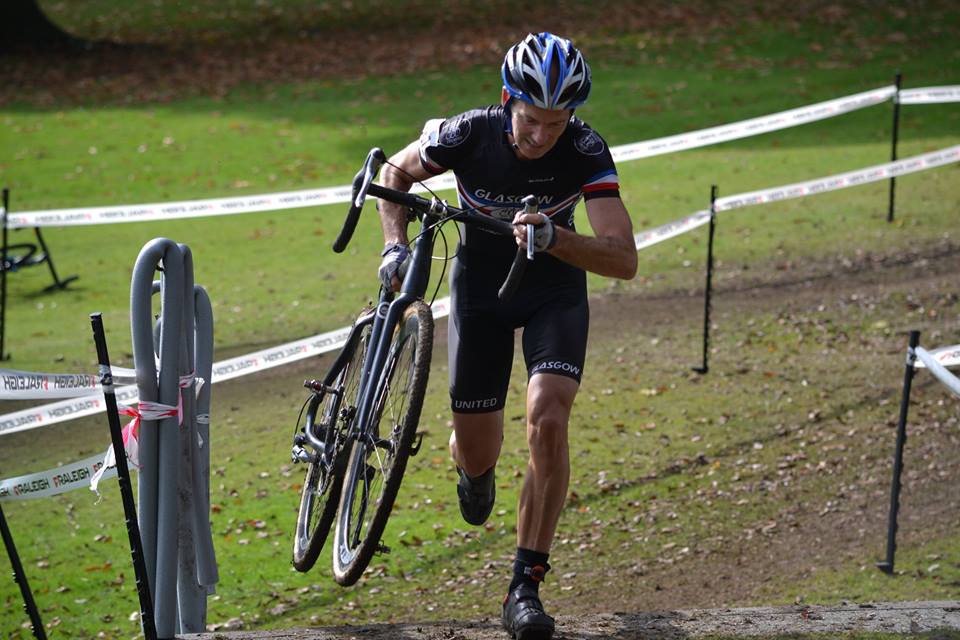 As I went passed Maddie and Jammy with the last lap bell ringing, I put in a last minute attack. Unfortunately for me I wasn’t the one at the front at the switchbacks. There was now not much time to close the gap. It wasn’t to be. Ali and Paul also buried themselves. Hats off to them. Next up for me; fast cornering practise. Bigger nuts are required.

Nothing left in the tank . 9th, room for improvement.

Watched the senior race with a chicken wrap in hand from the food van, very tasty. Van all packed again. Hit the road back to Fife, my eyes like pickled eggs from the Coke and gels. The Vet 40-49 is going to be awesome with over 100 riders in the first SCX series race.

What a course, I totally loved it! Well done to Franco and Davie for all their hard work. Great to see all ages racing and so many families spectating. 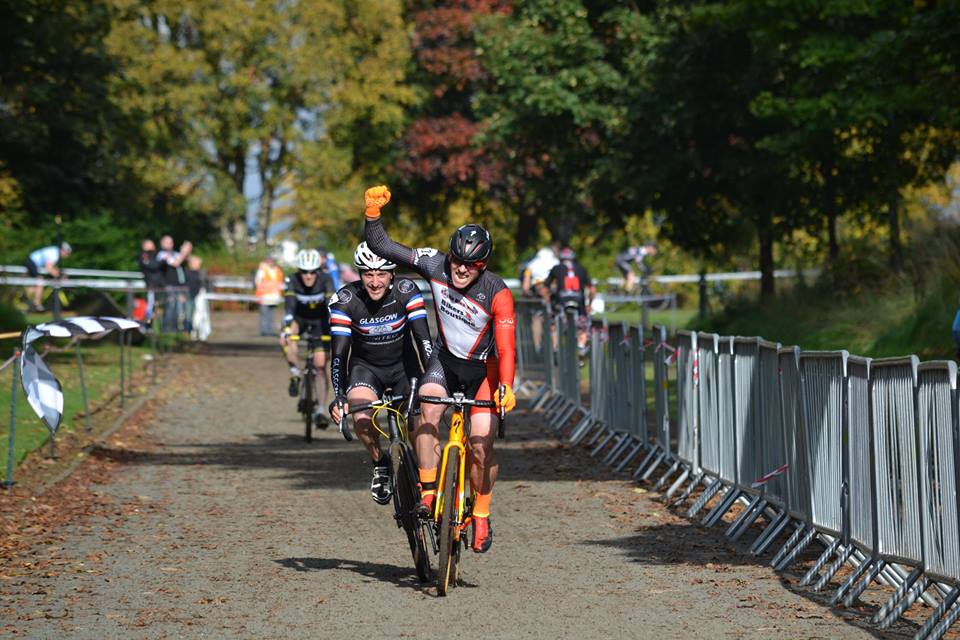 Cheers to the tanned tiler for this poetic ‘cross haiku. An excellent insight into the mind of an baws deep veteran racer. Follow Mr McCaffery – t @mccaffinator

Results from SCX1 at Callendar Park