I got into ‘cross in 2013,  it strangely looked like a lot of fun! The scene is so welcoming and despite the hard fought and competitive racing, all involved are very supportive, which is testament to how popular it’s becoming. I love the trash talk and the colourful characters that make me wish there were more races on [there are, it’s expanding year on year – Jim Cameron]. Despite my competitiveness I still approach this sport as a bit of fun in the winter months. This summer Jim Cameron, of the swashbuckling SR Albannach, asked if I wanted to join the merry band of ‘cross pirates. So whilst I was typing my contractual requirements he sent me copy of his new top secret #unicrois kit design….fuck aye, I’ll join was my response! 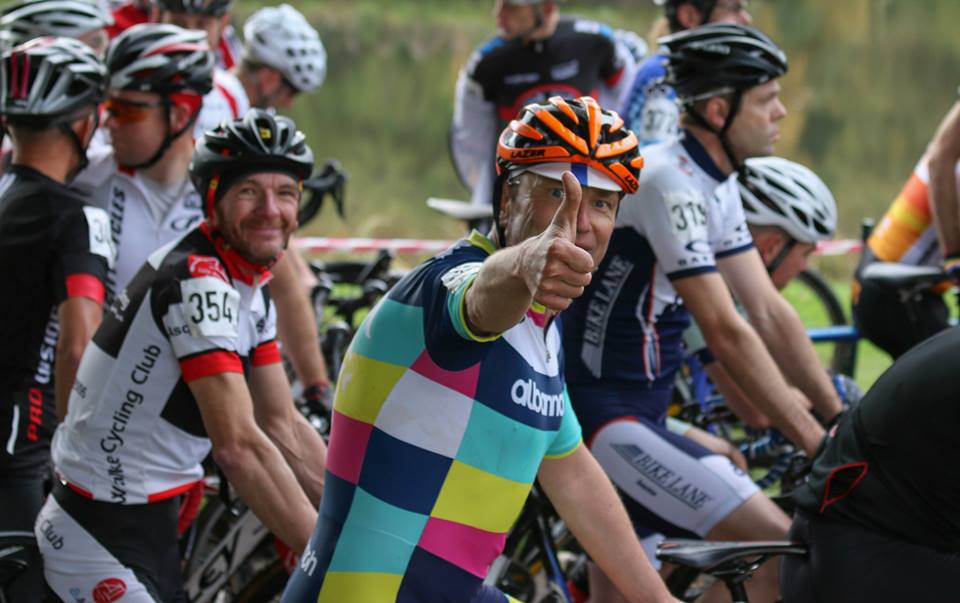 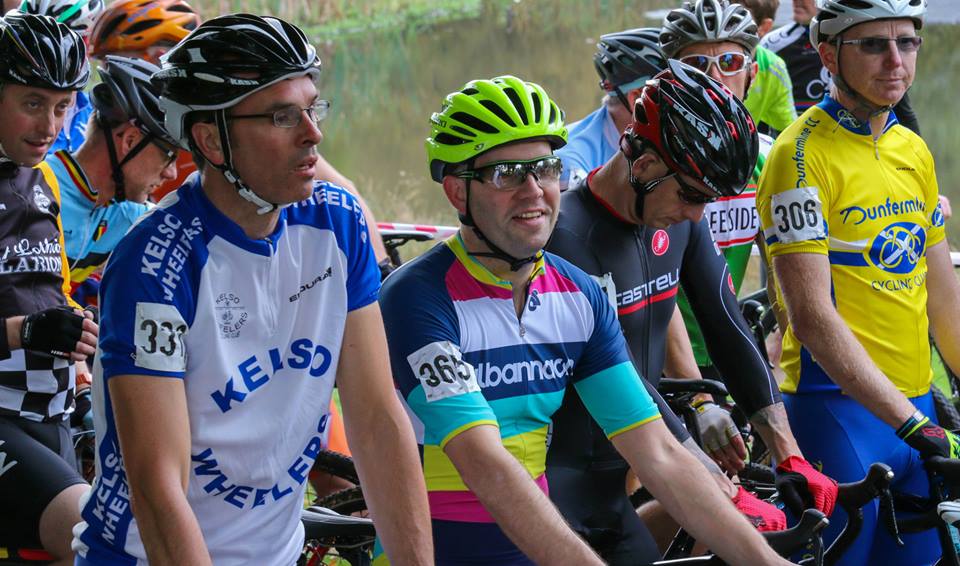 After a surprisingly successful road season, with my third season at ‘cross was looming and after my best performance to date at Haugh+Cross, things were looking positive. I did the sensible thing and went about matching my socks and bar tape to the sexy new #unicrois kit.

Two weeks to go to the SCX Series opener and with a solid performance in the Kilmarnock Criterium, my confidence was high for the ‘cross season ahead. Tougher choices lay ahead….peppermint or magenta bar tape. With one week to go, I fully embraced the spirit of SR Albannach; I’ll ruin myself in the Tour of the Lammermuirs after a solid night on the piss the night before. Post-TotL sofa time spent surfing Tinder I began to reflect on the last few weeks realising I might not have prepared for the season ahead in the most sensible fashion. She’s tidy, ya dancer it’s a match! 27 years old, blondie, likes skinsuit clad, bearded men with shaved legs…oh yeah…cyclocross! 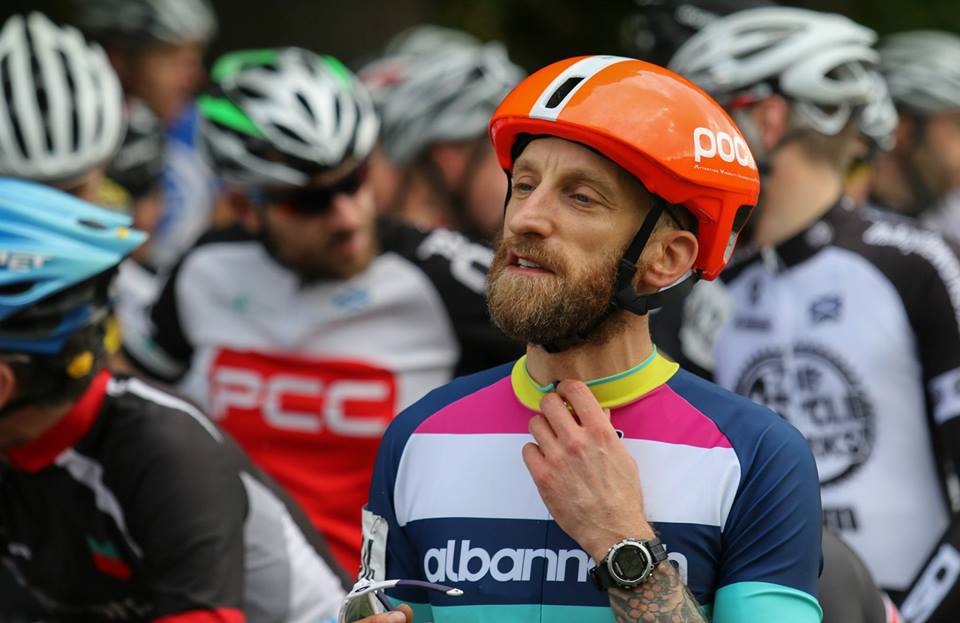 As the days in the week reduced and the ‘cross chat on social media increased, I was getting more and more excited about Sunday. The interweb chat suggested there were some minor tweaks to the course and I knew they were going to be great given the changes Davie and Franco made the last year. 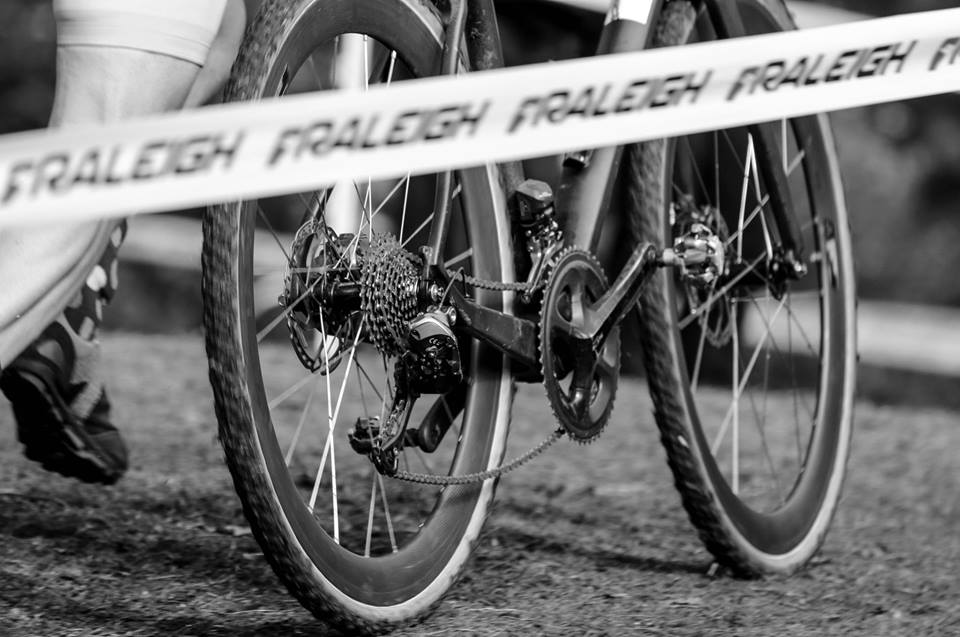 Race day and it was a belter. It was dry and mild with little wind, it was going to be fast and brutal from the gun! Chatting to some of the familiar faces is always fun. Q1 – How you feeling? “awright, see what happens” *fuck off, you’re flying*. Q2 – Been training much? “a wee bit, could have done more eh” *aye right, you’ve just been off strava for 8 weeks*. After a 20 minute warm up and a few pumps I rolled along to the pits to drop my spare wheel off. While admiring all the spare bikes in the pits I was once again reminded I’d brought a knife to a gun fight! I jumped onto the course for a wee recce. First impressions were yeah this is going to be fast as fuck! The wooded section at the back of the course tweaked last year is my favourite part of the course. As I surveyed the course for the second time I began identifying sections that I could go hard then into and sections I thought might be bits to recover on(aye right). Much of the course was very fast and flowy, spiced up with sharper corners and technical bits, but whatever slither or rest one got I knew it would be lost out of each corner as the pace ramped right up.

My first venture into the Vet40s category was going to be hard. As the commissaire announced  a 40 minute race I thought ah that’s 20 minutes less pain than normal…what the fuck do I know! Having watched the vets the last few years I knew that the racing is baws oot from the gun. So my priority was to have a great start if I wanted to be challenging at all and to make the challenge greater I knew I wouldn’t be gridded. Sitting in row 4 thinking what my line might be….and BOOM the gun goes, shit! Get in the pedal, GO! Full gas, don’t let up! Into first corner, outside line, just made up 10 places, tidy. Into hairpin, YASSS I’m on James Melville’s (Glasgow United CC) wheel sitting in 7th, panic over. We cross the line….Crawfy (Carrick-Anderson – Peebles CC) takes the holeshot.

We round the tree. I know now, that give or take a handful of riders behind me, this is the race, right here. I make up a couple of spots as Franco (Porco – LBS/BB) takes to the front. This is a nice pace Franco, nice wee warm up, keep it going Franco, heart rates at 190, that’s ok, it’s normal, it’s only a 40 minute race this time ya old bastard. For fuck sake Stevie (Jackson – Glasgow United CC), there goes that nice manageable pace as he turns up the heat. Then Gary (McCrae – LBS/BB) and Crawfy crank it up a notch. Go, go, go get on the wheel!

We head down the hill to cross the gravel track…BOOM…airtime from Crawfy. Round the course into the new section, the Raleigh Hill Switchbacks, sitting in around 6th or 7th position. I’m still on Crawfy’s wheel, more swagger from him as he flicks the back wheel round the switchbacks, back on gas, HARD! Lap one over, now up to 4th position on Franco’s wheel, so far so good. Down towards the hump-tree-hairpinny feature to shouts of “come on the ALBANNACH!”. #volgas 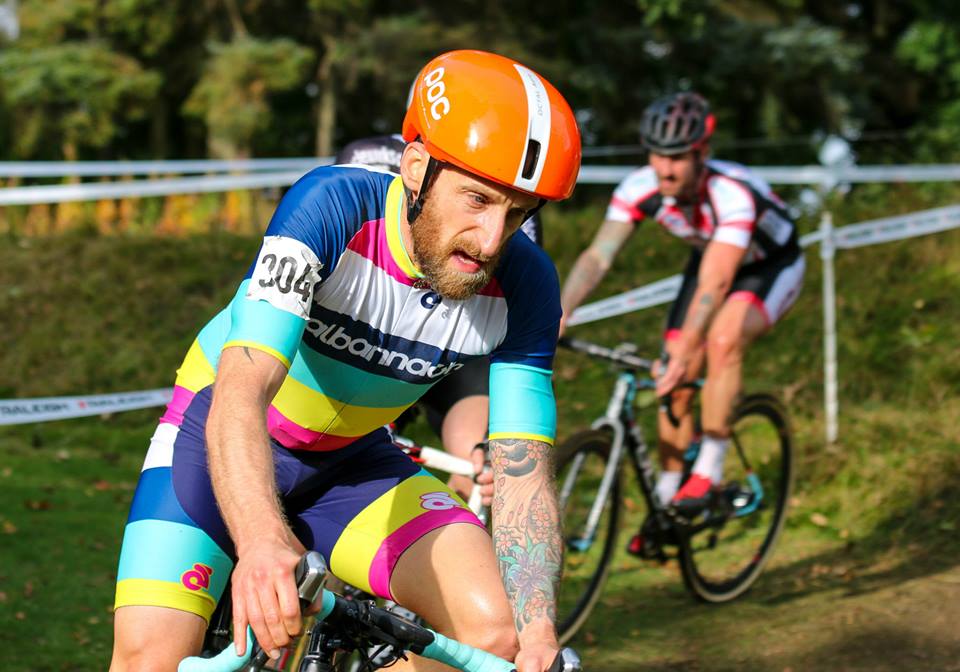 Up into the trees and the pace goes up a notch, my heart rate well into 190s now, I hope this settles down! It doesn’t and I start to lose positions. It’s ok, keep the heid. We’re back on the switchbacks and shiiiitt…I lose the front wheel, there goes 5 seconds, full gas again, get back on the wheel! That’s put me in the red proper now.

As I roll through to complete lap 2, I’m now in 10th, down but not out. Gary and Stevie are up the steps, Gary takes a looks back to see their gap, I keep pushing hard as I’m in a small group with race still very much on. I’m half way through lap 2 thinking, maybe my approach to preparation should have been a bit different. To make matters worse my pepperrmint bar tape was really fucking clatty now! 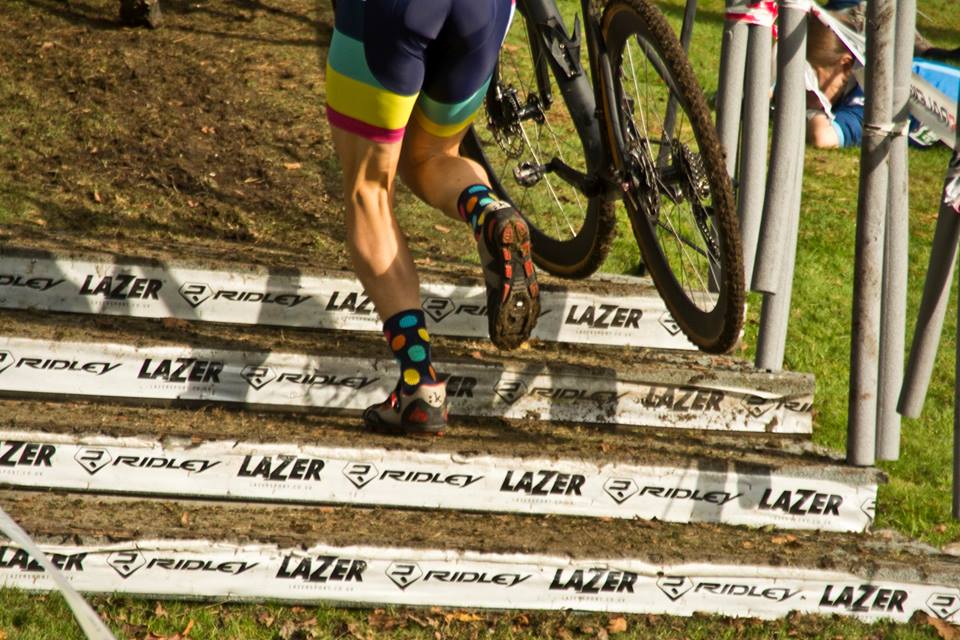 The guys in front start to inch further away in laps 3 and 4. I accept my fate and set about a steady pace in the hope I claw them back or at least limit the damage. As I roll through onto lap 5 that was that, racing in a sense was over for me that day as I rode a lonely 20 minutes.

All that time focusing on looking good finally bit me on the arse. Pushing too hard in the final corners of the race, I had another fall, this time down hard, on the roots…get back on, go, go, go, keep your 10th place. (Another bent mech hanger!) As I roll through the finish for a 10th place (on what is (without Auchentoshan this year) easily my favourite course) my thoughts go back to priority number one, will my Mum know how to get those grass stains out of my #unicrois kit?

The post-race chat is always great fun, the pre-race trash talk gets conveniently forgotten about  and we all turn our attentions to the next race! Looking at all the great pictures of Sunday was a reminder of the infectious spirit of the Scottish ‘cross scene, and as I chatted to some of my pals from the road scene it’s clear that SCX is getting more and more attention. It’s great racing made even better with so much vocal support. Kudos to Davie and Franco for putting on another great day of racing.

Cheers to our Vet 40s hitman, Graeme Cross. May the power of the #unicrois bring you the wins and the ladies. If you love photies of ‘latte-art’ gie Mr Cross a follow – t & i – @cyclocrossy

Results from SCX1 at Callendar Park 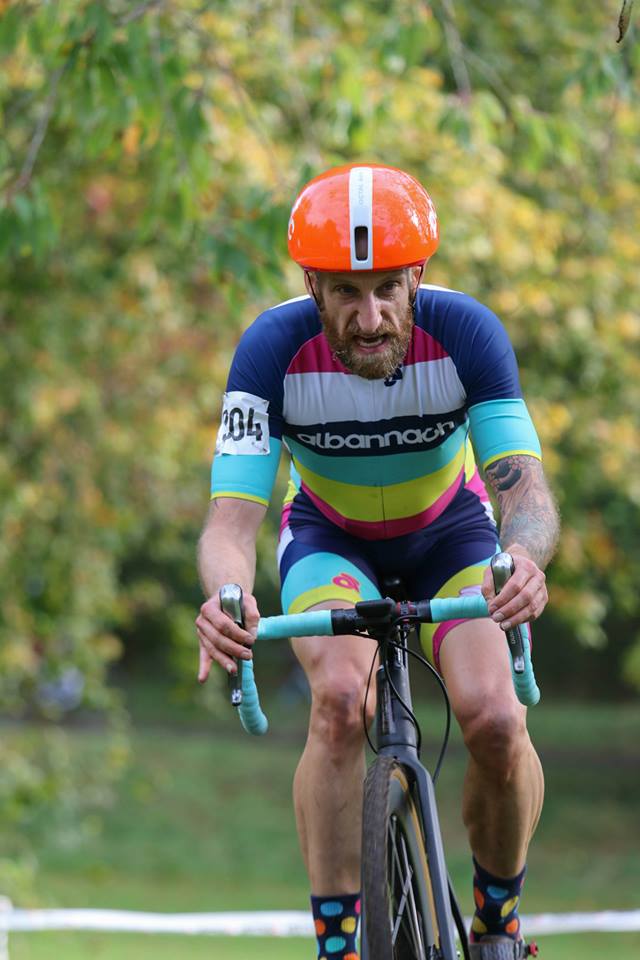