CROSS IS HERE! We had some great series primers with the season opener at the Battle of Balloch Castle CX and then a record entry race at Bute Cross. For some it came as a surprise of how well they were going, for the rest it was the good kick up the hole they needed to get them ready for October. With just over a week til we kick off the 2016-17 Raleigh Scottish Cyclocross Series we caught up with Davie and Franco before the series opener at Cally Park. 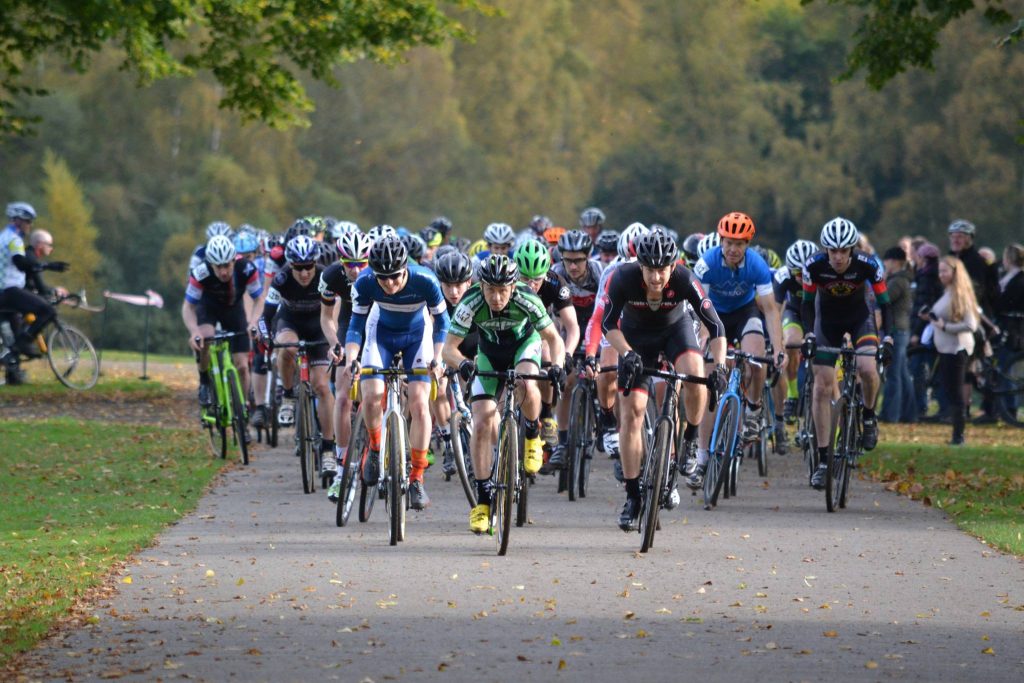 Here we are Cally Park and the 2016-17 SCX season is just around the corner. How many years have you guys been putting on the race and are you excited for this edition?

D : I think this is the 5th year. The first time we ran it, it was in between Christmas and New Year and only 50 people turned up. The weather was horrific and if we hadn’t been donated prizes from Endura, Leslie Bikes and Pedal Oower we’d have been in trouble. It’s grown massively and it’s amazing to see how popular it [has become]. It’s major stress but once it’s over it’s a great feeling.

F : Think this is its 5th year; we started off with around 50 riders and because of the low numbers we had to have an open race; Grant Ferguson kicked everyone’s arse! I always look forward to the race, even if it’s a little stressful when trying to run a business and squeeze my own training in…

How are the preparations going, do we have any new sections to deal with compared to last year’s course?

D : Couple of small tweaks but basically the same. Each year we try to add in something slightly different but still keep the original features. As usual we’re very last minute with the organisation, well, it always feels like that even if we are organised!

F : Preparations are going well! Well, as good as it does every year your co-organiser David Lines buggers of on holiday around this time of year [but] we always seem to pull it off, God knows how. No real changes from last year although I’m changing things a little on the slope after the ice house descent. [I felt] the zig-zag part didn’t really work. 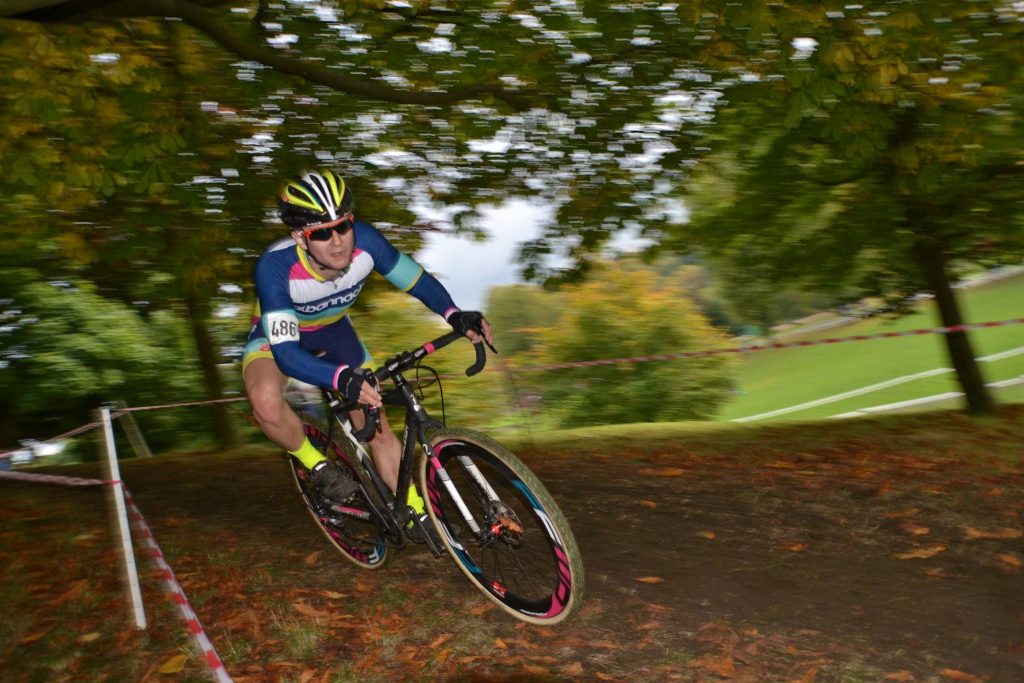 As an organiser myself I try and get as many of the ‘cross features as I can; run-ups, off-cambers, deep-mud, single-track, foot-down, barriers. Is there anything you’d love to have at Cally Park?

F : There’re lots of features I’d love to have; sand, an up and over. I’d maybe make the course tighter to get you out of the saddle and sprint more. I’ve noticed that in the big races the courses have really tight flowing sections with hard efforts followed by recovery sections, I think that’s the secret, if it’s too hard you’re gased after 1 lap.

D : Franco would love a sand pit and a scaffolding bridge, he’s mental! I think each course should have it’s own signature features so that it keeps things different at each event. [That] makes people look forward to them more I think.

On the back of many years of experience have you ever thought you’d like to find another venue to add to the SCX calendar? I know I find myself constantly scouting for potential courses.

D : Definitely, Franco and I are always looking and thinking of venues. The biggest issue is parking for the amount of people turning up and then finding a course that can deal with the damage.

F : Yes I’d love another venue! We looked at a night race at the Kelpies, I reckon that’d be awesome but it’s difficult to tie it all together. 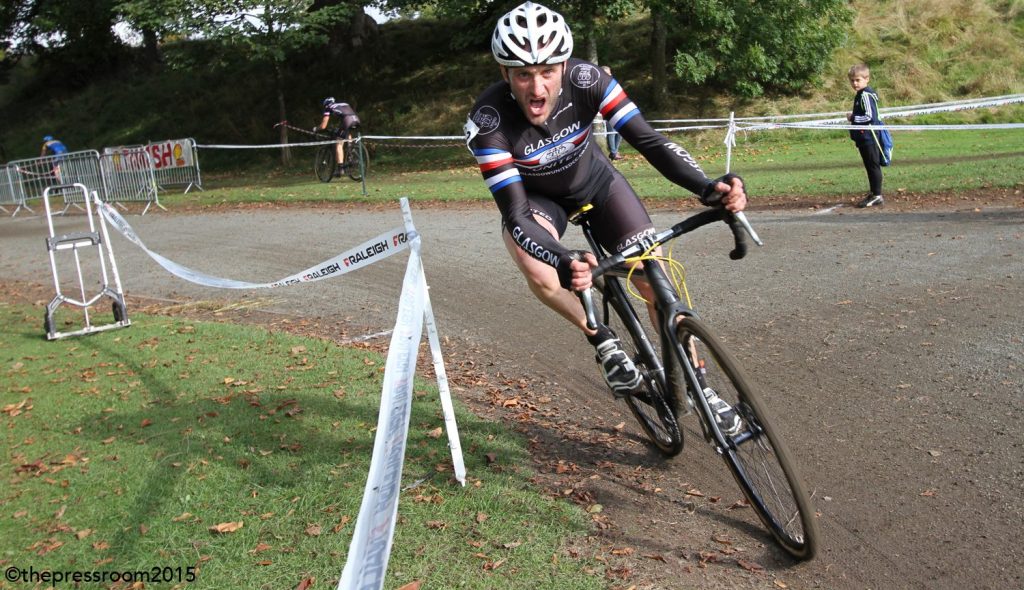 Cally Park aside, what is your second favourite course; firstly for racing and secondly for spectating?

D : In Scotland I like Irvine for racing, for spectating I’d say Rouken Glen*. Down south I like Ipswich but it’s an epic drive!

You guys usually get to race on the day will you be out racing this year?

D : Yeah, definitely. We have Brendan Milliken who takes over from us on an organiser basis when we have to leave to warm up or race. He was invaluable help last year.

F : If I couldn’t race they’d be no race! I love racing, I love Callander Park, it just makes sense. Obviously you’re not at your best but historically I’ve did ok and the flying fireman, well what can I say.

Without giving away to much of your home game advantage what are your top tips for conquering Cally Park?

F : The secret?! There isn’t any really just pre ride, use good tubs and train hard.

D : Practise the technical stuff and look around to see if there’s any wheels to sit on in the fast sections. You can save a lot of energy that way. 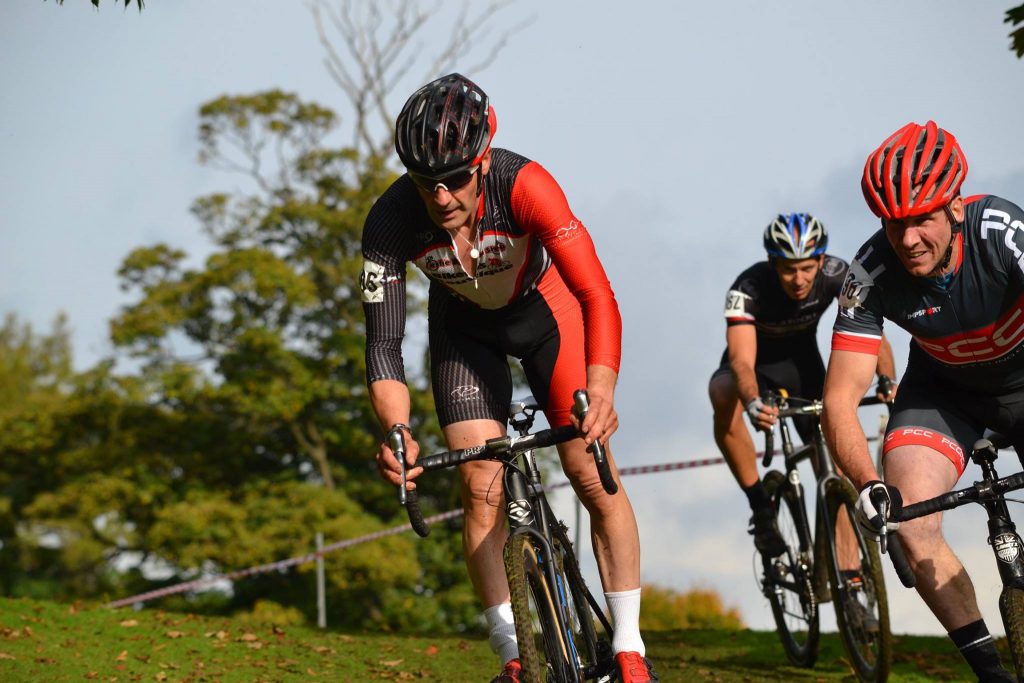 You’ll no doubt be disappointed in the British Cycling decision to not back a National Trophy event at Cally Park, indeed in Scotland. What do you think we need to do as a community to help convince BC that we should host a National Trophy?

D : Having raced the [National] Trophies I know it’s a massive task to put one on and I can see where they are coming from, asking people to travel up here if they don’t think it’ll work. I think ‘we’ as SCX just need to keep making our scene bigger and better and then they’ll be coming to us asking to put on races.

F : Well that’s a difficult one but after thinking about I don’t think we need one. We have a great scene up here, with the SCX Series races and the Super Quaich. Don’t get me wrong, it would have been great to see all the top riders but we don’t really need it.

With the massive rise in entrants over the past few years do you see the series races needing to expand into a two-day format?

F :  A two-day format wouldn’t work I don’t think. You’d need to pay for the park twice and you’d be struggling for help. People will give up one day but  two days is different.  [Then you need to think about] first aid, toilets and I also [think you’d] lose the atmosphere.

D : Yeah, definitely, or we’re gonna have to get floodlights, Franco would love that! 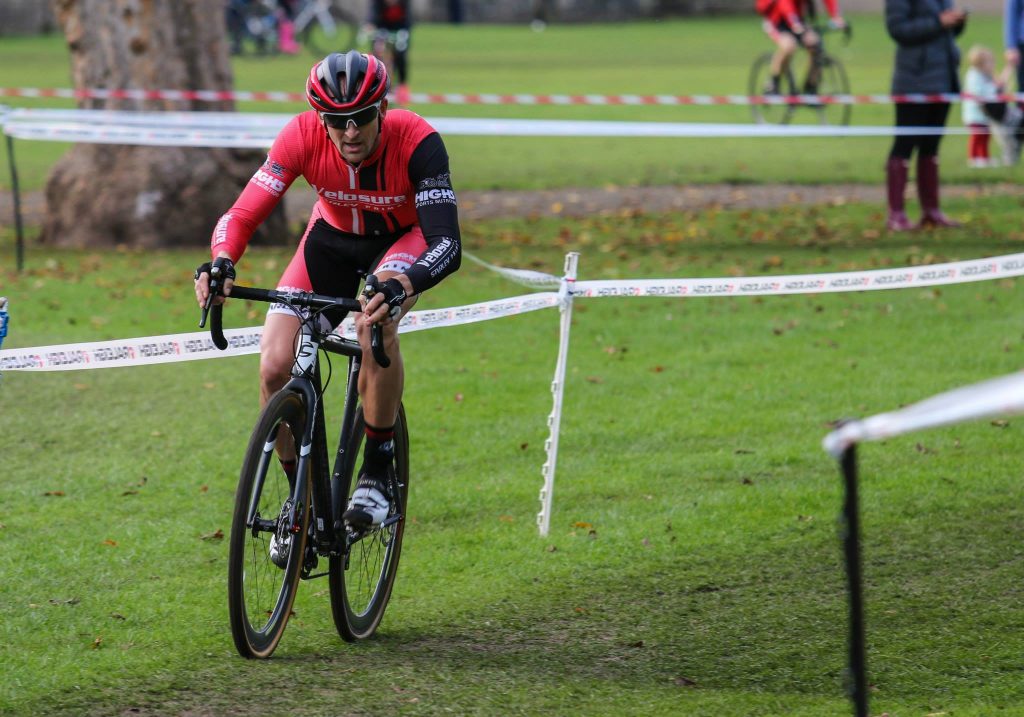 Who’s your money on?

D : I think the usual suspects in all those races with Crawford clipping the heels of Gary McRae. In the Men’s, Harry Johnston, Gary Mac will be the ones to beat. I saw Michael Nicolson’s name in there too so he should go well if he’s been training.

For the uninitiated to Cally Park can you describe what the event/course/venue is like?

D : It’s a cracking town centre estate with a fast flowing course and some trick techy sections. The ice house is a prime spot for viewing. I’d say 85% of the course is visible from the main arena. Usually we get good weather so it’s a good day out for all to come and lend a hand or spectate.

F : To me Callender Park is perfect for a cyclocross race. A tarmac start fast and leading the riders on to the grass with a tight u-turn to string the riders out before heading up past the finish line to meet another tight u-turn again to slow the riders and make them accelerate out again, past the finish line to head out to the hump! Drop off that and head up the drag to a left turn heading for the steps and a dismount and run up. We have a nice chicane with a fast right, left and left again round the trees to the drop off with a tight left turn then into the off-camber ride up/run up (depending on the rider). This leads to the back of the course with fast drop off,  a stinging drag to the top of the course that links to the ice house decent (the best feature on the course) which has been changed slightly this year. This brings you to zig-zag hill but that’s changed a little this year. Once you come of this it leads you to the pits. Past the pit and head to the finish line. Don’t think I missed any thing…see you all on the 9th! 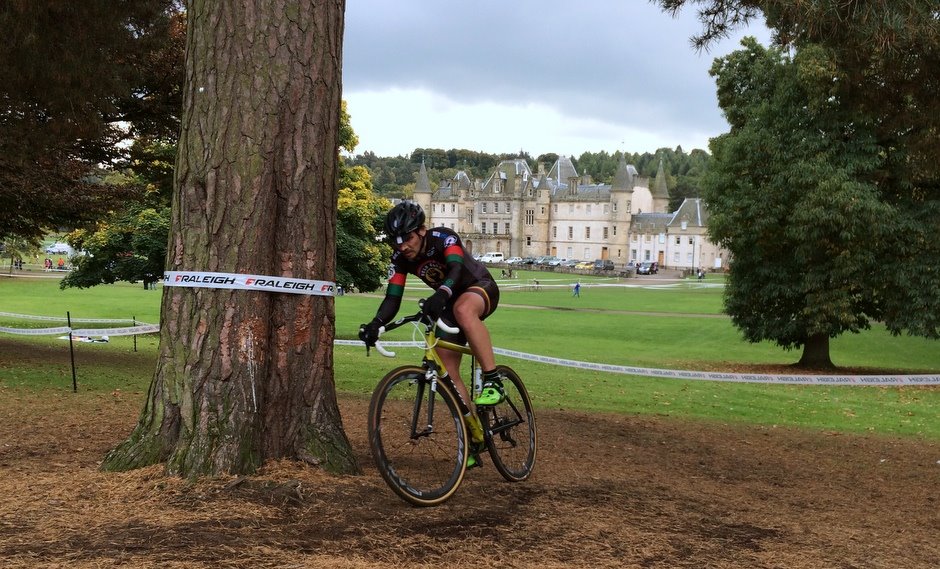