During the working weeks I’ve been based down in D&G for nearly a year now and it kills me to say that I’ve yet to enjoy one second of the many 7Stanes trail centres down here. Five of the seven centres within a wee drive of the site and I’ve never had the chance to get on them. Mostly because I sold off my last XC bike a few years ago to make way for my first prototype CROIS. That’s not to say I’ve not been getting out on the trails, my CROIS and dCROIS have greedily ate up the local trails to Glasgow and Edinburgh. Though being down in the county hoachin’ with trails I’ve been itching to get a new mountain bike. Of course I’d be building one and since racing frames are the jam it had to be a XC specific frame.

Scotland has a XC scene not too dissimilar to CX scene with a lot of the same hitters turning out with their flat bars and fat tyres shredding around courses in the SXC Series. It’s something I wanted a piece of, I just needed a new machine, roll in the BEINN. 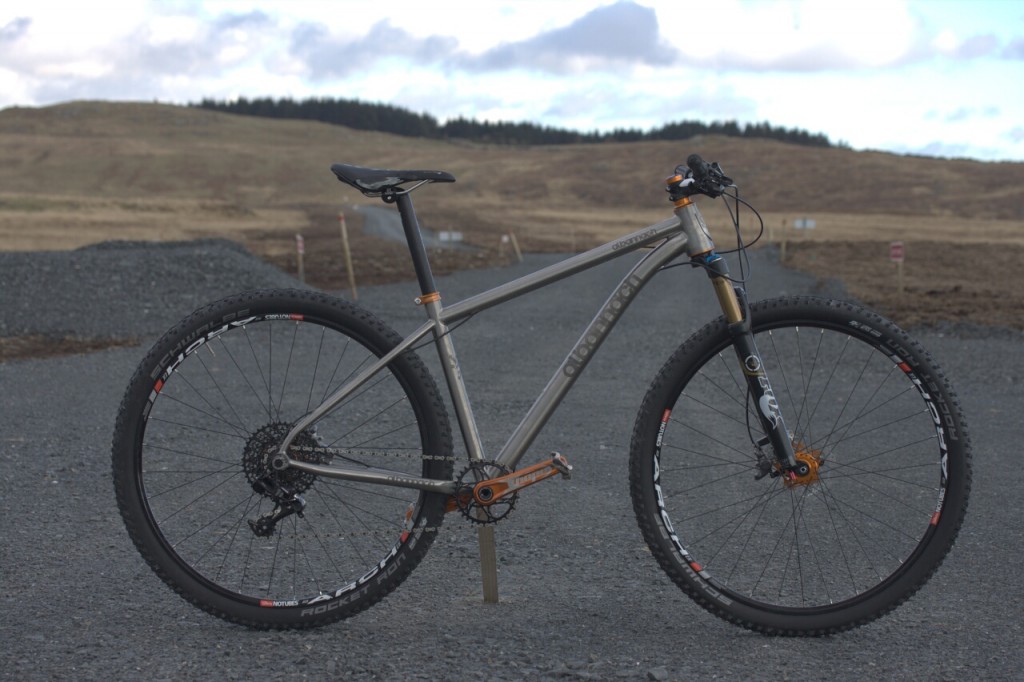 Following on from the design rationale for the CROIS and RATHAD frames I adopted large diameter tubes (44.5mm Ø DT, 34.9mm Ø TT & ST) for the front triangle with a stubbier 1 1/8″ to 1 1/2″ tapered HT. The rear triangle was however beefed up with 19mm to 16mm Ø tapered SSs and 25mm to 16mm Ø tapered CSs to account for the more dynamic terrain requirements.

Again these were all centered around a PF30 bottom bracket shell (73mm wide to allow for the wider cross-country tyres). With Hope’s new Press Fit PF46 Bottom Bracket (read PF30 BB) I have found more joy in 30mm axles. My patience was starting to wear thin on this standard with quick to fail FSA and SRAM PF30 bottom brackets until this cylinder of happiness landed from Hope. I’ve been running the same BB on my RATHAD and dCROIS and it is delightful. Yes, I love Hope Tech almost as much as I do PFP. 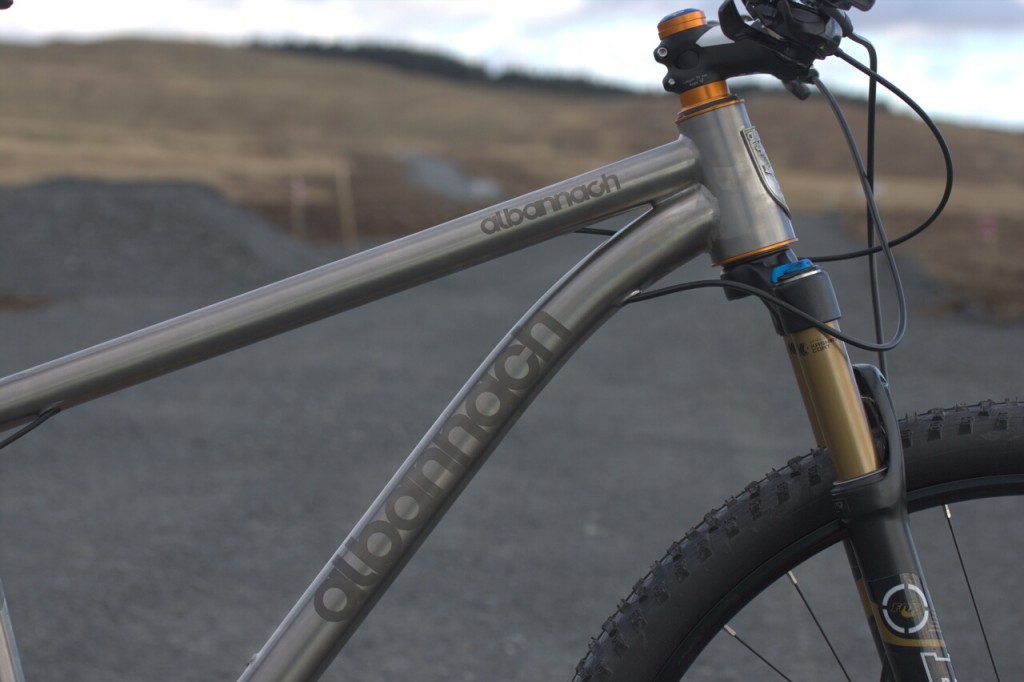 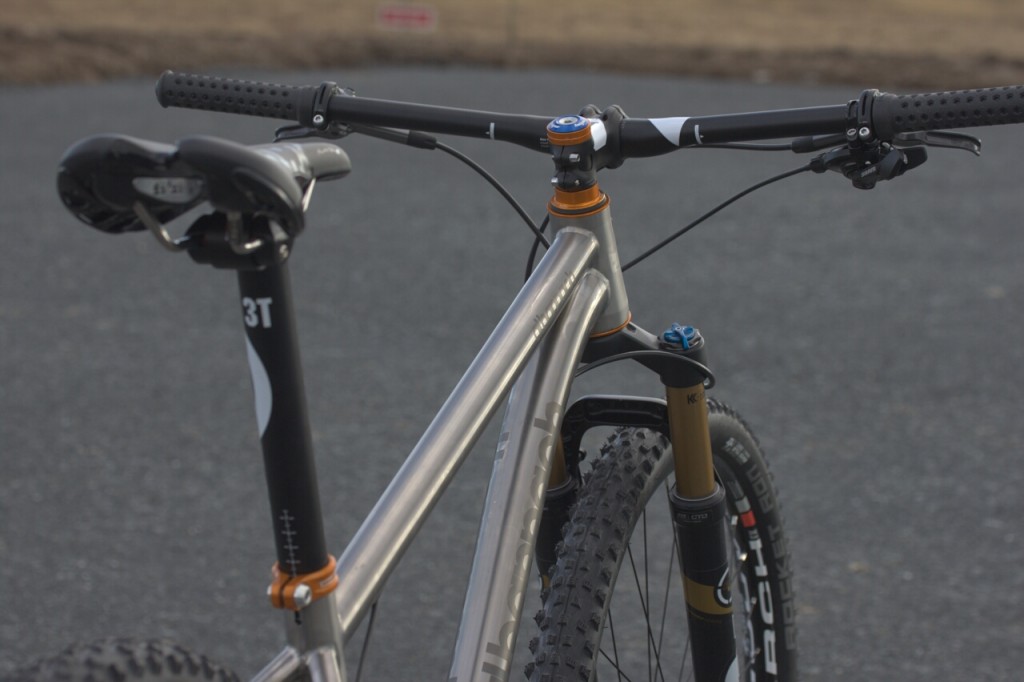 Wheel diameter choice was always going to be 29″ (or 700c for the French, 622mm for ISO). This has become the go to in the XC scene and with my personal aspirations to improve my technical skills in ‘cross it made sense to maintain wheel diameters year round. The rear end has been designed around 2.2″ (56mm) width of rubber but it will gladly take up to 2.4″ (61mm). The beauty of adopting 29″ is that in the style of the OPEN UP you can throw on some 27.5″ (or 650b for the French, 584mm for ISO) wheels to fit in with your pals in the new-new school. I also adopted a 142mm x 12mm just because. Up front the geometry has been designed for a 100mm travel 29″ fork, 505mm axle to crown. 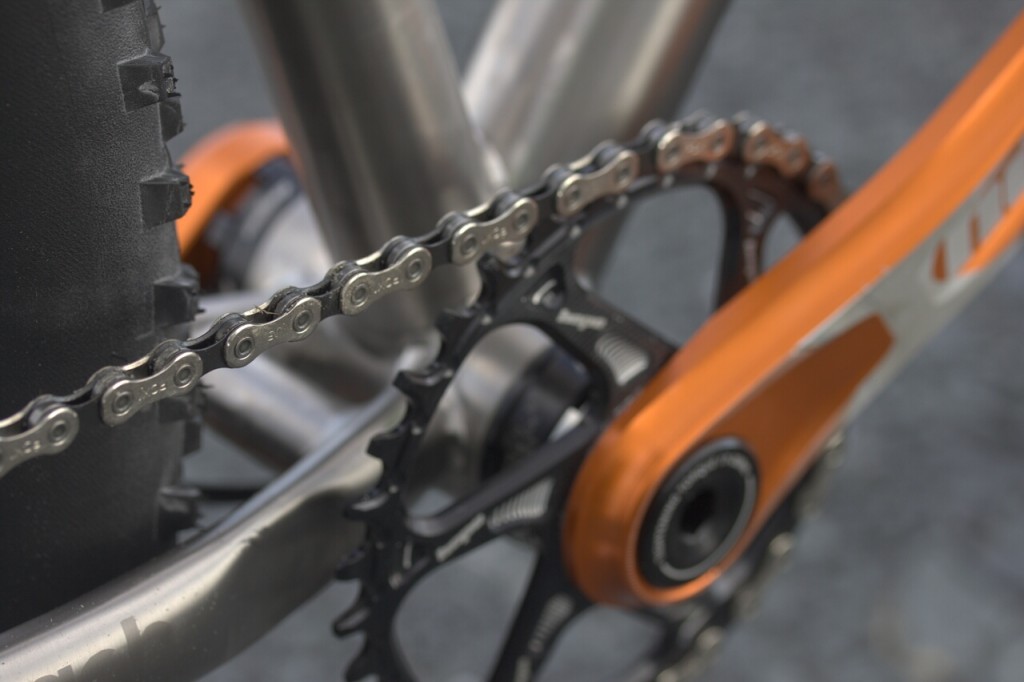 The cable routing is setup for Scotland (or LHD i.e. front brake on the right) and hence the left hand shifter would actuate the rear brake. In a LHD setup the rear brake should always enter the frame on the drive side. As with my design rationale for the dCROIS (and dRATHAD) the rear disc brake is placed on the chain stays therefore the cable routing needs to be DT>CS via a bump around the BB shell. Similarly for the rear derailler I have adopted the same routing for the CROIS and RATHAD; TT > SS with a wee wrap around the ST. 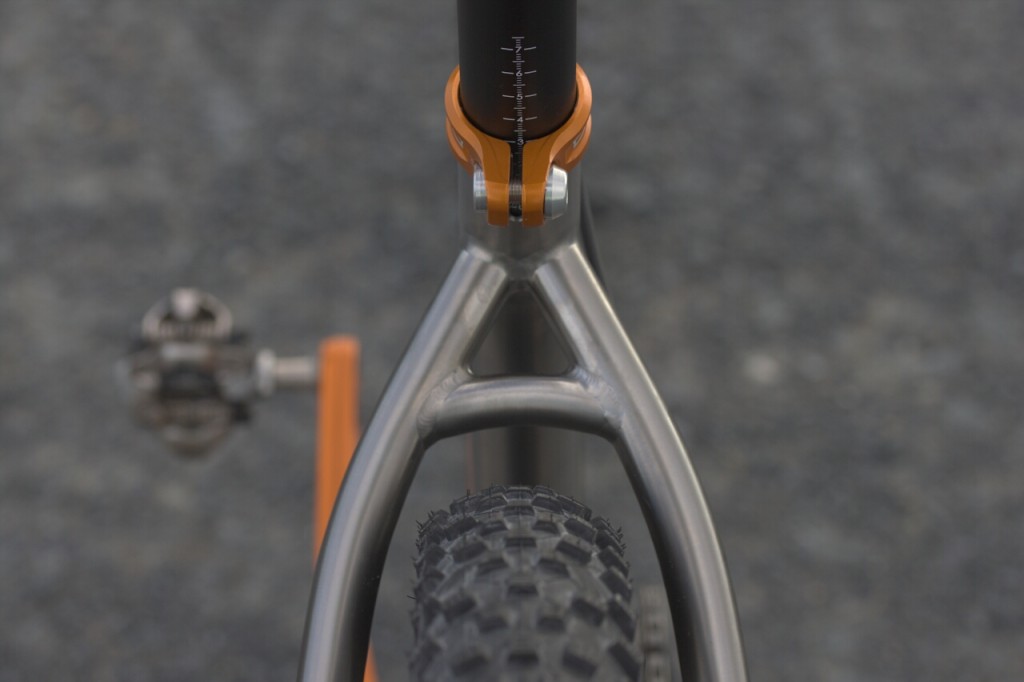 More photos available in the gallery. 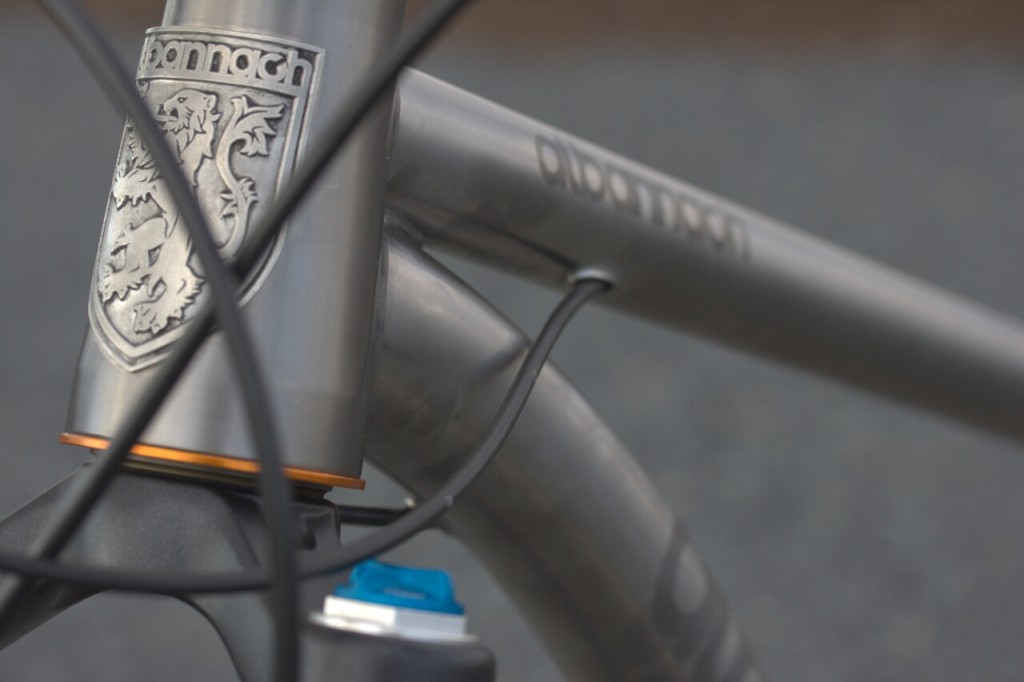 I’ve yet to fully develop a range of geometries for the BEINN but for now here’s the specific geometries I adopted for this frame.

BEINN /beiNʲ/ pronounced bayn, like the baddie in the Dark Knight Rises but with a bit more on the ‘ay’.  in English, mountain.

Hopefully I’ll catch you at SXC2 in Dunoon. As always, please feel free to leave comments below.

She’s one of the most beautiful I have ever seen

Do you fabricate the frames yourself? Or do you do the geometry and blue prints and leave it to a master builder?
Great looking bike love the Orange hope stuff, though the seat post clamp is slightly off centre and would annoy me. Haha.

Hi Bryan, no I don’t fabricate, though the tubing, routing, geometry design is Albannach. Ha, i’ll be sure to square up that break in the clamp.

She’s more beautiful every time I look! Re the style of open up – do you know how wide a 27.5 you can fit in?

Looks magic. Would add a dropper, run 120mm fork to take a deg off the head angle or make a 130mm version around a 67 deg head angle for the steep stuff