Don’t do the ‘Puffer. It’ll destroy your wallet, your bike, your soul and your knees but then you’ll want to go back and do it all again next year and from the day after you get chewed up and spat out of it in a muddy, dribbling mess you’ll be panicking about whether or not you’ll be able to get a place.

Over a weekend in January for the last 11 years hundreds of brilliant lunatics have been gathering in Torachilty Forest between Strathpeffer and Contin in the Highlands for 24 hours of winter mountain biking. This year I joined them after signing up as a soloist on a whim in June, not really knowing what I was getting into as I’ve never raced my mountain bike before.

After a good few months of preparation – training, buying spare parts, spare gear, making a food plan, resting plan, battery light plan, booking a van and teaching my girlfriend Lizzie how to change brake pads it was finally time to get on with it.

The race starts at 10am with a Le Mans style 250m run before mounting your bike and heading up the fire road. You pass huge tents decked out as portable bike workshops. Bike racks full of gleaming spare bikes, sound systems pumping out tunes that help keep you going – some people even had TVs on – I’m sure I saw five guys watching Only Fools and Horses at 2am. 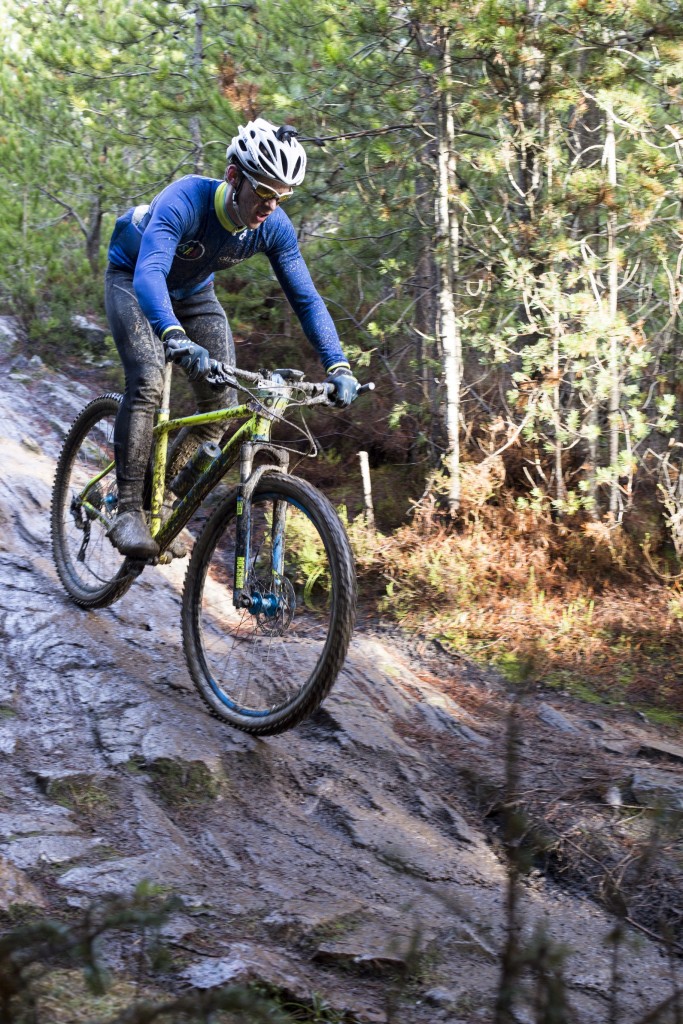 After the initial carnage of trying to get on your bike, things start to spread out along the road. You crest the hill, fire back down into the valley and there’s another short climb before things get technical. A couple of miles of slab sections, rock gardens, small bridges and mud before some nice rolling trails and then a final muddy mucky gloopy descent back into transition to dib your dibber.

The first few laps go without fault, people are having fun, the riders racing as pairs, quads and tens naturally overtake me and I have to slow myself down and not get mixed up in their races. It’s all well and good until it gets dark.

11 hours in and I’m slightly ahead of my target of 15 laps. I’ve got 8 laps in the bag and I’m still feeling strong so head up the fire road again for lap 9 hoping to get 10 in for just after midnight and then break for some food, a change of gear and a new set of pads.

Crawling up the fire road again with a peanut butter and jam sandwich in each hand you’re still being cheered on by everyone and it helps with moral. A few ‘‘mon the Albannach!’s from some ‘cross regulars were very welcome too!

When you’ve been riding for 11 hours your concentration wanders, your accuracy at hitting the bridges straight starts to falter and your lights start to give you tunnel vision. I made it through the technical top section and back down to the mud-fest descent before a sloppy gear change snaps my chain and I remember that I didn’t order that split link before I got here…

Thankfully I quite enjoy the bits where you have to run with a bike in a ‘cross race so I pop the bike on my shoulder and off I jog, but an old injury in my left knee takes a beating running through the cement-like mud near the bottom.

I pop into the shop to ask for a spare link – ‘only one 10 speed left’, I’m told. Thank god. Change of plans and this is now going to be the long break.

Now I’m reasonably good at fettling with my bikes so it was surprising when 30 minutes had passed and I still couldn’t get the new split link on. I put it down to too much grit in the chain so got a new one out, sized it up, and in my haste and tiredness snapped the new pin that was meant to go through the joining link.

Using the split link again, it wouldn’t fit even on a new chain. Lizzie told me to check if it was the right one and on consulting the discarded packaging in tiny letters I discovered I’d been sold a Campagnolo split link for my Shimano chain. CAMPAGFECKINGNOLO. ARE YOU CAMPAGFECKINGKIDDINGME??? 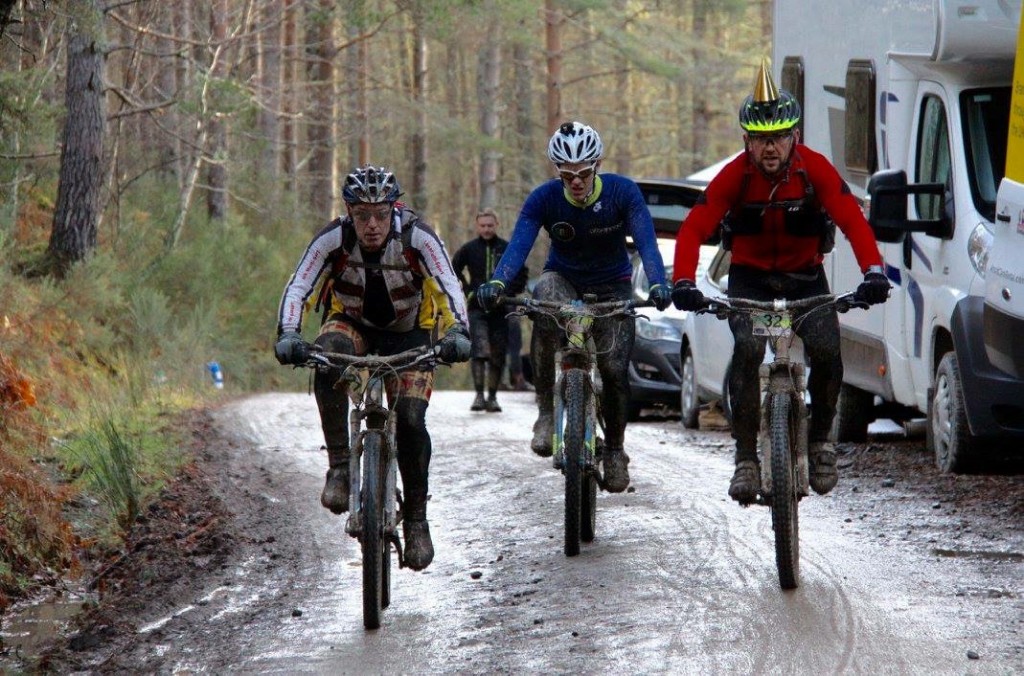 I went back to the shop to calmly and politely ask the man if he wouldn’t mind sorting this out for me. Thankfully he was very apologetic and hooked me up with a split link from a brand new chain for no extra cost. I can understand how these things happen when they’re working all night to keep folk on their bikes. The mechanics do an unbelievable job and I was very grateful they were there.

Chain back on in no time. Pasta guzzled along with a few cakes and some soup and its back on the bike. Now I can’t say that the chain debacle didn’t knock my desire to complete this and the next trip up the fire road was tiresome, my knee was hurting and I was starting to become unnecessarily enraged by other riders who thought it was sensible to have a rear light on (blinking no less) to make sure everyone could see them.

Now this is where things started to get weird. I’m beginning to nod off up the fire road, I’m going slowly as I have unnecessarily draggy tyres on that I definitely won’t be using next year. I keep seeing clouds above me and ducking because I think it’s someone trying to throw a sheet over my head and drag me into the forest. I keep hearing noises along the trail and think its rats chasing me.

Lizzie had been telling me I hadn’t eaten enough but I thought I’d eaten too much as I was feeling sick. Turns out when you haven’t eaten enough and then eat again your body starts to reject the food. I assume the hallucinations where due to me bonking pretty hard. I also got pretty bad flu-like symptoms and thought I’d come down with a nasty cold. They’d all but disappeared the next day.

When your mind wanders to rats and bears your concentration on the task in hand understandably drops. Next thing I know I’ve gone over the handlebars, down a slab descent and landed face first in a puddle with my left leg still clipped in, my bad knee twisted and thinking I’d broken my left arm. The worst crash I’ve had on a mountain bike certainly brought me back to reality but then I realised reality was loneliness in a puddle at 4:30am in a stupid race in the stupid Highlands on one of those stupid bikes again. 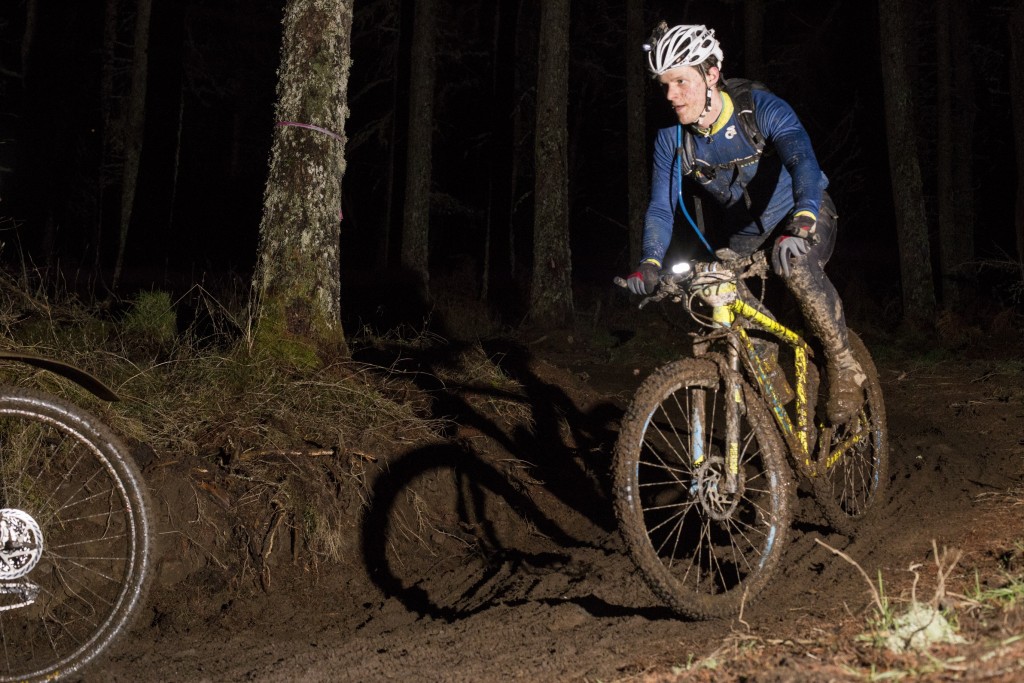 A couple of other riders passed and asked if I was OK and I got back on to try and limp back to base. Uphill was awful with my knee pain and downhill was treacherous without being able to brake with my left hand. I was due to go straight back out on another lap but went back to the van to get some ibuprofen. Half an hour searching for the ibuprofen, I got cold and grumpy. Found it and waited half an hour to see if it would kick in but my knee had basically seized up and after a few limping laps of the car park it was still unbearable.

I scratched at 5am after 19 hours of torture and 11 laps. I embarrassingly cried like a little baby ..

Lizzie told me to try and get some sleep (probably so I would stop freaking her out) while she sorted all the gear but that damn bear was back, the Christmas lights someone had set up on their car across the road were trying to get in our van and I was convinced everyone was trying to steal my bike so I had to stay awake. Eventually I fell asleep around 7am. Woke up again at 8am to see more riders back out and ascending the fire road. Self-pity and disappointment for breakfast.

I went to check my placing and I was in 61st with riders still on course. I had been 51st when I scratched. Gutted.

Things started to get exciting though with riders jostling for position and getting faster as the daylight came in. At 10am the bell goes for the end of the race with any rider on course allowed an hour to get home. Keith Forsyth from I-Cycles won with an unbelievable 28 laps. That man is incredible, his second year on the trot taking the top spot. 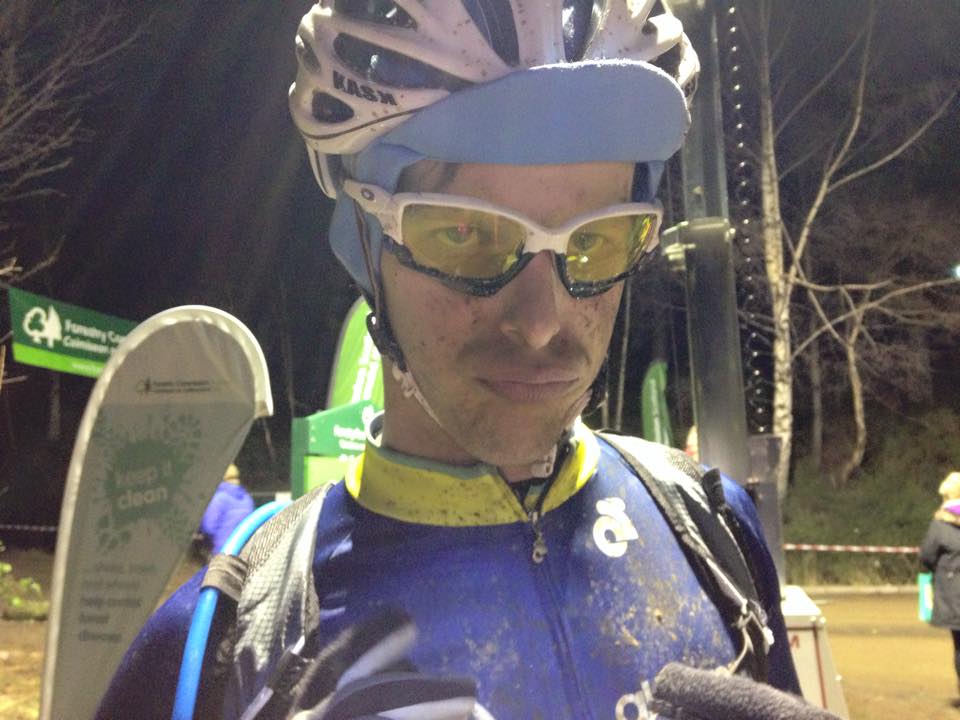 I’ll be there next year though armed with lessons learnt. Here are the things I’d change.

I know I’m never going to be competitive in a 24 hour race, I finished 63rd out of 105 and even if I train all year and get my set-up right and make the changes listed above I can’t see me getting more than 6 or so more laps. But like with any race, I just want to do it more and more and push myself that much further. Hopefully some of my fellow Albannachs will be up for a trip next January… but I think I’ll stick to shorter races until then.