Cross is the kind of sport I love and I hate. I love the rush of endorphins immediately post race, I hate the sick feeling of nerves immediately pre race. I love it because it’s done in an hour, but I hate it because it still somehow manages to take all day (or all weekend in some cases). But the weekends race in Mull was an exception to this rule. I still can’t say I was jumping with excitement at the prospect of racing in the snow and ice, but a weekend away to beautiful Mull with a ripping crew of team members all together in a house and promise of pints at the pub afterwards certainly was appealing. My main motivations for racing my bike these days are social and a chance to cover as much ground and see as many sights as I can in a new country. This trip ticked those boxes perfectly. 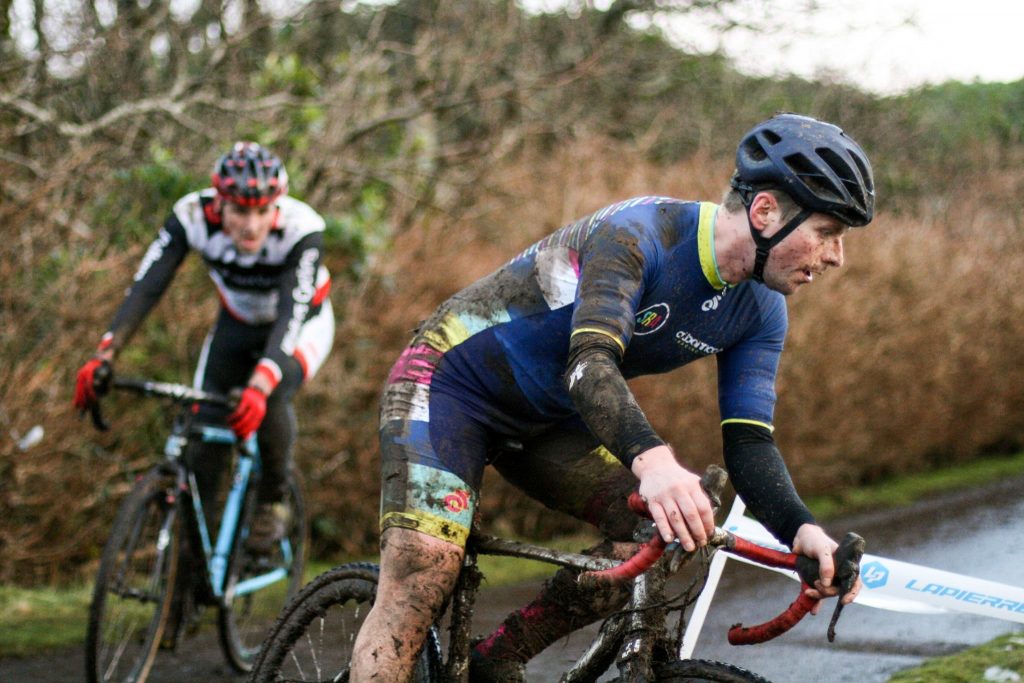 Off early Friday afternoon with Graham “Reverse Parallel” Cross, the countryside gradually got whiter and whiter as we drove westward from Edinburgh. Scotland’s as cold as a witches tit in winter, but it is bloody glorious against a setting winter sun. We caught the early ferry and I was introduced to the Scottish specialty of a fish supper. It’s no pre-race pasta nutrition-wise, but it’s bloody delicious and quickly had us sorted before boarding the ferry to Mull.

Unfortunately all was dark by the time the ferry took off, so we put away a couple of beers and Crossy expertly navigated the icy roads to our accommodation. Again, bloody top notch location, with a view over Tobermory’s little bay lit by moonlight and christmas lights. 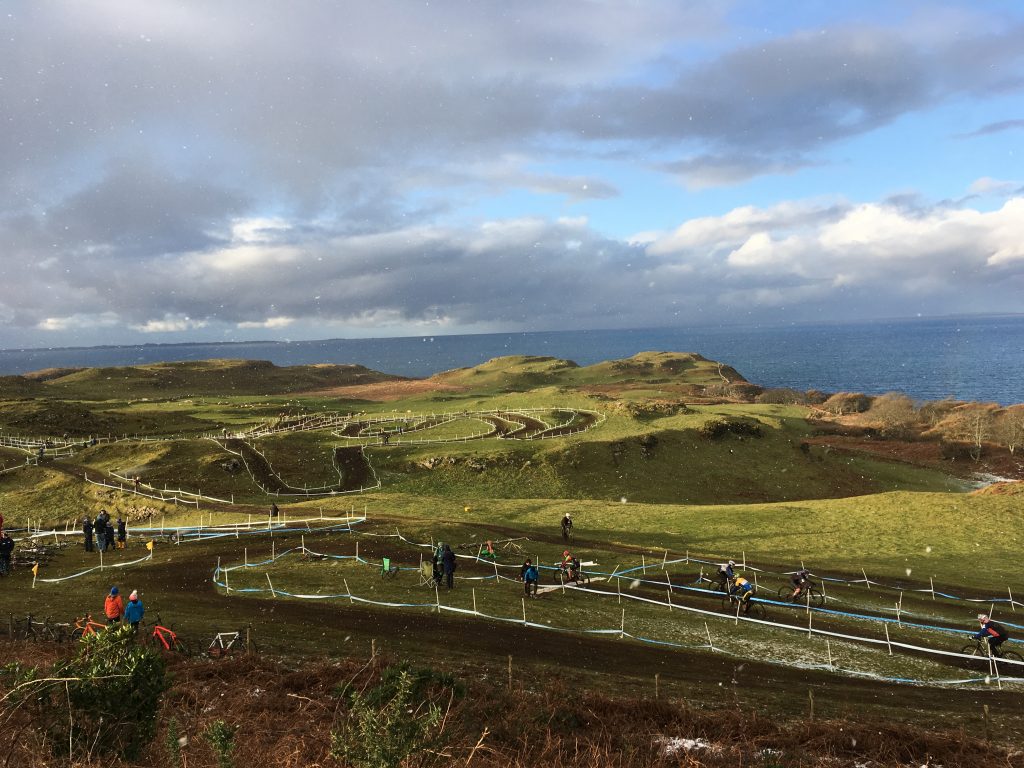 Race morning and the house is bustling with wheels, bikes, shoes and porridge. Neil “Derailleur Hanger” Henderson is doing a quick replacement of his rear mech courtesy of Niall “Nasty” Shannon’s spare rig. Thankfully most of the ice has subsided and we make our way over bright and early to catch the end of the youngsters race. They were covered in mud, it’s snowing and they’re getting right into it. Now I’m starting to get a little more gee’d up to race, this is looking good. 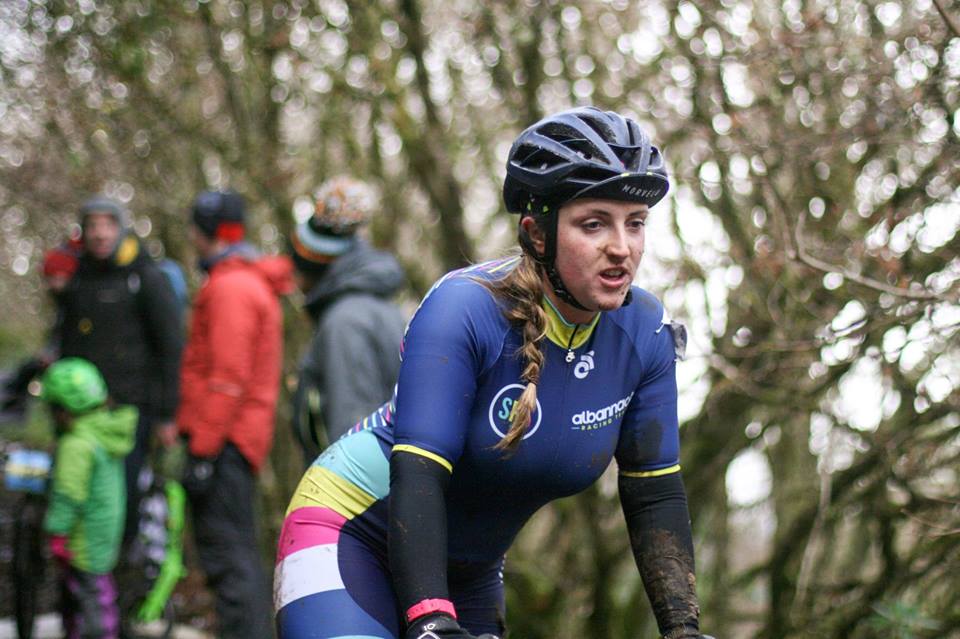 Now I’ve done my fair share of cross racing, all over the world; Australia, NZ, US, Belgium, Netherlands, France, Japan…even China, but this course pretty much topped them all for scenery. A bloody castle, surrounded by snow, with views over the ocean to epic cliffs and mountains in the distance, with twisty bunting turns, steep run ups and mud galore, it was unreal.

Well it was unreal, and also fucking cold. Once I’d had a good gander at the youngsters ripping it up, and the old fellas and ladies tearing round the course (Anna “Grins” Beck flying the flag for the ‘nachers, big smiles all the way round, great to see), it was time to get warm. Apart from a quick bike swap for Graeme, who motored to a fine 3rd place despite being under the weather (think you gave that to me you old codger ;-p), I was back in the car, staying warm and listening to tunes. 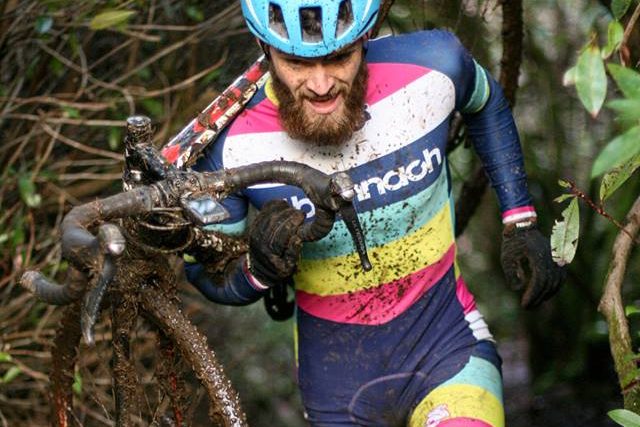 Me being me, before I knew it, I was already running late and didn’t even have my kit on. Trying not to stab myself with the safety pins due to incessant shaking from a combo of a monstrous americano and the nerves setting in, I threw everything on, jumped on the bike and rode up and down the start straight a few times to warm up. With most of the fastest guys opting not to make the trip, aside from DD, the race for the podium was wide open.

Due to missing a few rounds, I found myself on the third row, but once the gun went, made sure I held my nerve and attempted not to let the race get away from me too early in the race. I’m a massive wuss when it comes to race starts, it’s never been my forte, I’d much rather hang back with the possibility of pulling a Steve Bradbury (watch it, it’s amazing) and come through unscathed. Thanks largely to a nice wide start and a smaller field, I didn’t find myself too far back in the race once things settled down. The field was a sea of Unicrois with Leo “Pommy” Plaster, Neil, Eoghan “Fastest legs in the West” Maguire, Jim “El Capitan” Cameron and even Crossy backing up for another serving of lactic. Before long, things settle down and we have a group of five, with DD further ahead as expected. Niall, John “Groundskeeper Willie” Mackenzie and myself have had some ripping battles this season, and here we were battling again for podium spots. Five becomes four, and four becomes three, as Niall slips back, but never quite out of sight (or is it just that Rachel “Up the duff” Shannon dishes out the most vocal heckles that he always seems right behind you? Team effort). Huw Oliver has some strange handlebars, but don’t let that fool you, the bloke rips through mud with ease, turns with skill and would regain any advantage John or I could put into him on the straights by seemingly taking the elevator up the Rhododendron runup. We all traded blows at the front, but no one could get away and I knew my magic legs would only last so long (10 days in Bogota at 2800m seemed to make up for a lack of training this season, take note, it’s a pretty sweet way to cheat your way to form), but I had faith in Groundskeeper Willie’s ability to get the job done, be that for 2nd or 3rd. Sure enough, a lack of blood to the brain meant a slow crash on a corner and they were away. Never mind, consolidate the position and enjoy the last two laps. Looking ahead on the final lap, it looked like Huw had cracked John, but coming through the pits John was running! It’s never the way to find yourself on the podium, but that’s cross….it’s a dog-eat-dog world and I’m not gonna be the one wearing bacon pants. Dig deep, pass John jumping on a new bike (poor old Shazza had a busy day in the pits!) and cross the line in 3rd. John 4th, Niall 5th and Eoghan in 8th. A bloody great day’s racing, the organisers didn’t muck about when it came to presso’s “3rd Lewis, 2nd Huw, 1st Davie, alright, well done lads, here you go, thanks and goodbye”. It was much appreciated as we were all ready to get clean and warm.

Plenty of pints were put away at the pub that night, and I saw a stag and quite possibly an otter on the way home. Probably the equivalent of seeing a kangaroo back home (nothing special), but still a novelty for this convict. It’s been an awesome season, I’ve had a ball. Time to get fat and not ride for a few months cos I’m afraid of icy roads.

*I have actually never referred to any of these people by these nicknames, if any one of them sticks it’ll be a job well done.

Full results from Cross at the Castle