Well, Davie and Franco did not disappoint! SCX1 Cally Park brought the traditional fast and flowing parcours bathed in sunshine with exciting racing throughout the day. I personally had a bit of a mare with a puncture on the first half lap but was quickly thrown back into the pain cave (after I had relinquished my timing chip) by my team mate Col, thanks pal. And so the dust settles in Falkirk we turn our attentions north to Knockburn Loch for round 2 of the Raleigh Scottish Cyclocross Series. I caught up with my good pal, SCX Big Boss Gordon Watt in the lead up to SCX2 Knockburn Loch 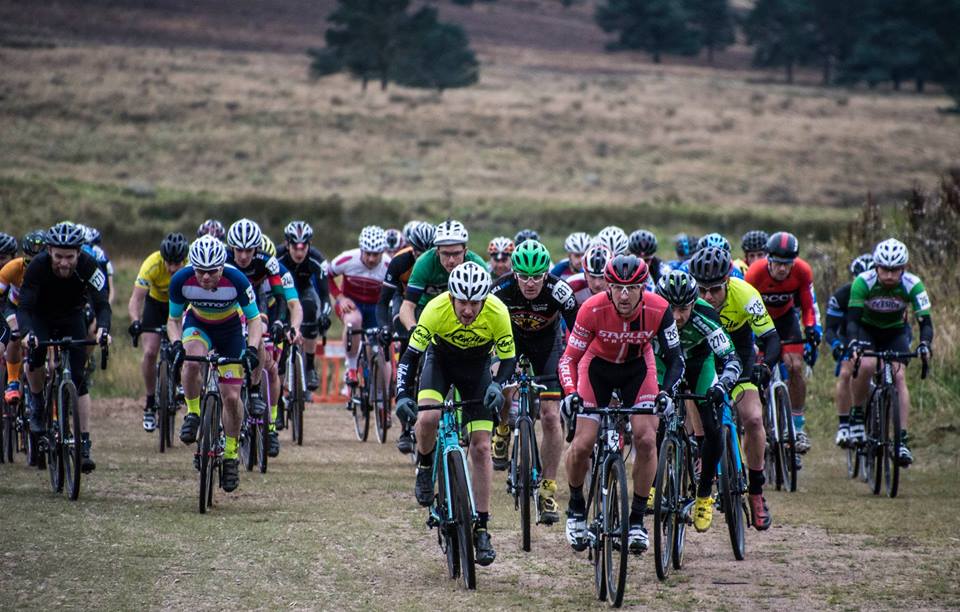 To kick things off, let’s get the important information out there, what does the organiser of SCX2 and the SCX Secretary have for breakfast on race day?

It’s an early start for me as I live about forty minutes from Knockburn, so I just grab the usual really, toast and peanut butter, a banana and a mug of tea.

I hear there have been some changes to this year’s course, what should we be expecting, will the sand pit climb make a return?

The uphill sandpit will definitely be included – it’s become our defining course feature, despite only appearing on the course at the Scottish CX Championships in 2014. Before that, for some reason, we all just rode down it…

When we took over the race from Tim Mackley and Steve Boyd et al, we made a few tweaks but there’s not really been too many changes since 2012. This year we’ve reversed the direction of the course, added a new section of rolling grassy parcours in the Car Park field and incorporated a new climb. As well as all that, there’s a new Start-Finish straight and a wider section through the pinewoods. Both the U8 and U12 courses have also been completely redesigned. 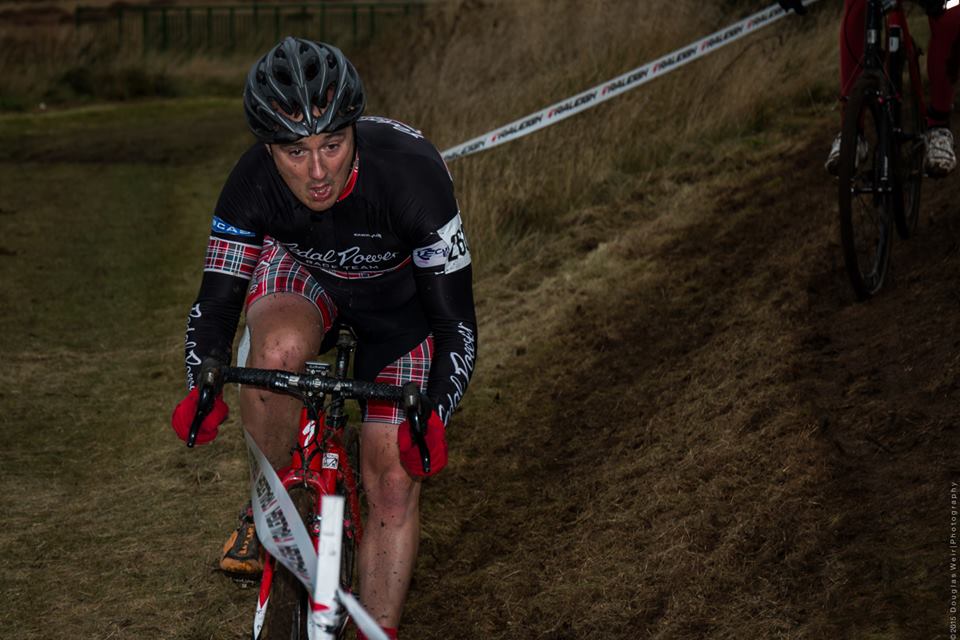 As an organiser myself I try and get as many of the ‘cross features as I can; run-ups, off-cambers, deep-mud, single-track, foot-down, barriers. Is there anything you’d love to have at Knockburn?

Another bridge? Seriously, that vehicle bridge causes us more headaches than anything else since we need to use it for two way traffic as none of the other access points to the loch track are wide enough. A flyover near the main entrance would also make marshalling and traffic control easier. One of the features we struggled with, really needed and have now added is a true double pit, halfway round the course. Steps would be good, but I think each course should stand on it’s own merits – adding stuff artificially can sometimes distract from the natural features already there. 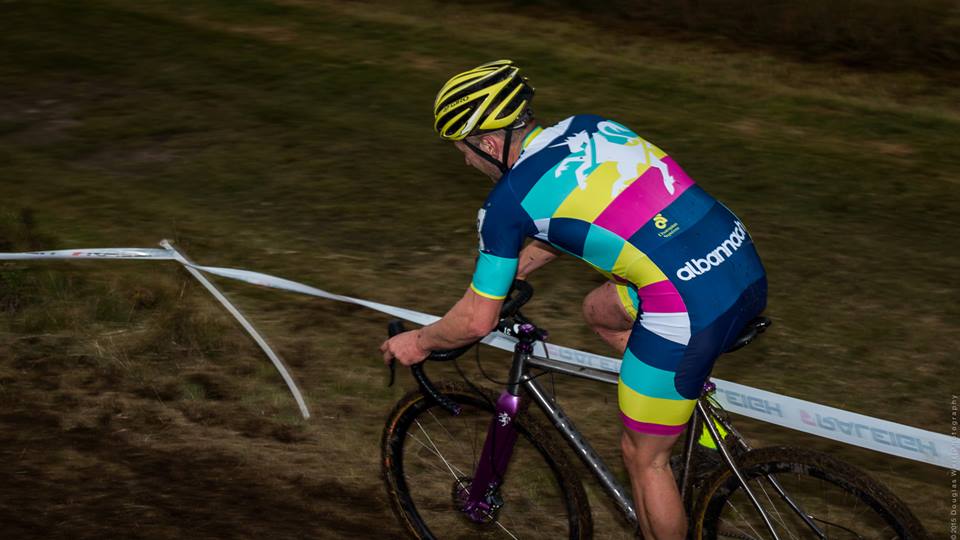 Knockburn aside, what is your second favourite course; firstly for racing and secondly for spectating?

I could watch a ‘cross race on my own in a flat foggy field and get carried away, so choosing my favourite to spectate at is hard. For scenery though, there’s no doubt – it’s got to be Mull. I’d go out on a limb and say it’s the most beautiful ‘cross venue in the world. In terms of atmosphere, the compact Super Quaich format produces a more fervent atmosphere than the SCX races, and the first lap roar when the leaders came through the Kask Belgian bomb-hole at Dig In was my favourite race moment of last season.

It’s hard to single out a favourite venue to ride as I know how hard organisers work to develop courses, but some features do stand out. I haven’t actually ridden Knockburn since my very first ‘cross race in 2012… The DTCC organisers of the race stepped down after that year, so I persuaded Iain Pryde, Derek Forsyth and Kelvin White that we should keep it going so there was a race up here.

Mull is great fun to race, although I tend to do better (and that’s a relative term) on flat muddy courses like Lochore. I always loved the return into the arena at Auchentoshan, and the bridge run-up at Strathclyde Park. The rugby pitch corner at Beveridge Park, the foot-out corner after Wengen at RGCX, Dig In’s cobbles. Oh, and Alford’s deceptively mental off-camber. And most of Irvine. If I can’t pick-and-mix my own dream course, then I’ll say that Dig In is the one race I’d like to race most this season because I missed it last year.

I believe Deeside Thistle are one of the largest clubs in Scotland, if not the UK. You’ve got a great team of DTCC folk that help out, does that mean that you will get out and enjoy some home game racing this year?

No chance. Iain Pryde has been Race Director for the last two years (I’ve done the backroom jobs and then marshalled) and he hasn’t raced, so I’m not looking to get on the course this year. Derek and Kelvin are putting in big shifts too, as Iain and the rest of his family (who all normally help at the race) are all away. It’ll be a bit of a family affair for us, as Jo and Freya will be on Sign-on duty, and Freya and Finn are racing U12.

We do have a growing core of ‘cross enthusiasts up here. Youth coaching at DTCC is really taking off, and there are some really fast youngsters from the NE already making an impact on the SCX scene (Struan Pryde from DTCC, Elliot and Melanie Rowe at Ythan, Callum Cooper at Pro-Vision). The youth element up in the NE is important – each of the three main kids clubs (Ythan, DTCC and Grampian Tigers) put on a ‘cross race or dirt crit and there has been talk of a NE Series. Knockburn is a fantastic facility for developing young riders, and I think you’ll be seeing a lot more riders from up this way featuring at ‘cross races in the next few years. 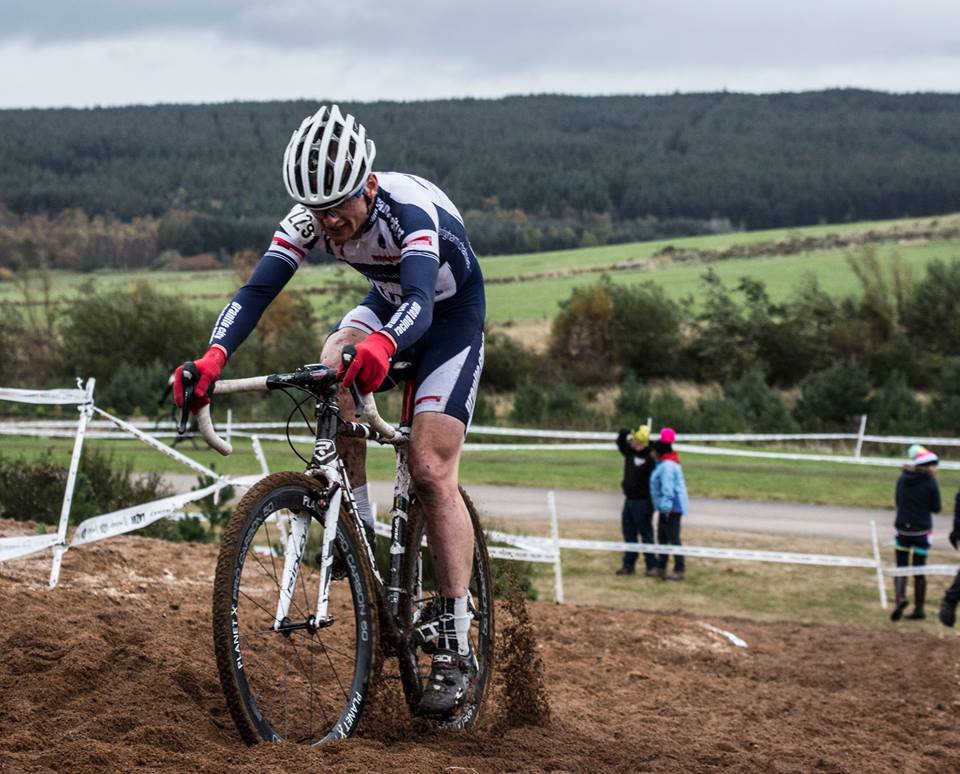 Knockburn aside for a second, as the new SCX Secretary where do you see SCX going?

Sometimes it’s hard, with your nose pressed up against something, to get a wider view. Overall I think we’re in a great position – we’ve grown pretty quickly over the last few years, but the folk coming in seem to really get the whole ‘cross thing. One encouraging aspect is that we seem to be in charge of our own destiny – we can take this thing whichever way we want.

Looking at the broader, developmental side of the sport, there is no British Cycling Cyclocross Development pathway to take young riders through the BC “Rider Route”. Couple that with the message from SC/BC that having a thriving local scene isn’t enough to host National Trophy races, and it seems that, to encourage good riders to stay in ‘cross, we will have to develop a support mechanism for talented Scottish riders ourselves or lose them to other disciplines. Proposals at the AGM to support young riders are being developed, so hopefully we’ll see that come to fruition.

Issues that need addressing are mostly a result of the popularity of ‘cross. The absolute numbers at races have grown to a point where slicing and dicing the results differently to accommodate different age groups isn’t going to be enough for much longer. Personally, I feel the time has come to review the race programme we put on at SCX events to give Women a separate race. SCX was proactive in offering equal prizes for M&F categories three years ago, and I’d like to see that equality extended. How that’s done is not so simple, but it seems that people are discussing it now and maybe we’ll have time to discuss options and come up with a solution for next season.

The Super Quaich Series has shown that there’s still room for growth, and in my opinion is one of the best things to happen to CX in Scotland. The new race format, the collaborative organisation and promotion and the extension to the season have all been met with enthusiasm by riders and spectators alike, and it’s great that you guys have found a way to drive the whole scene forward. 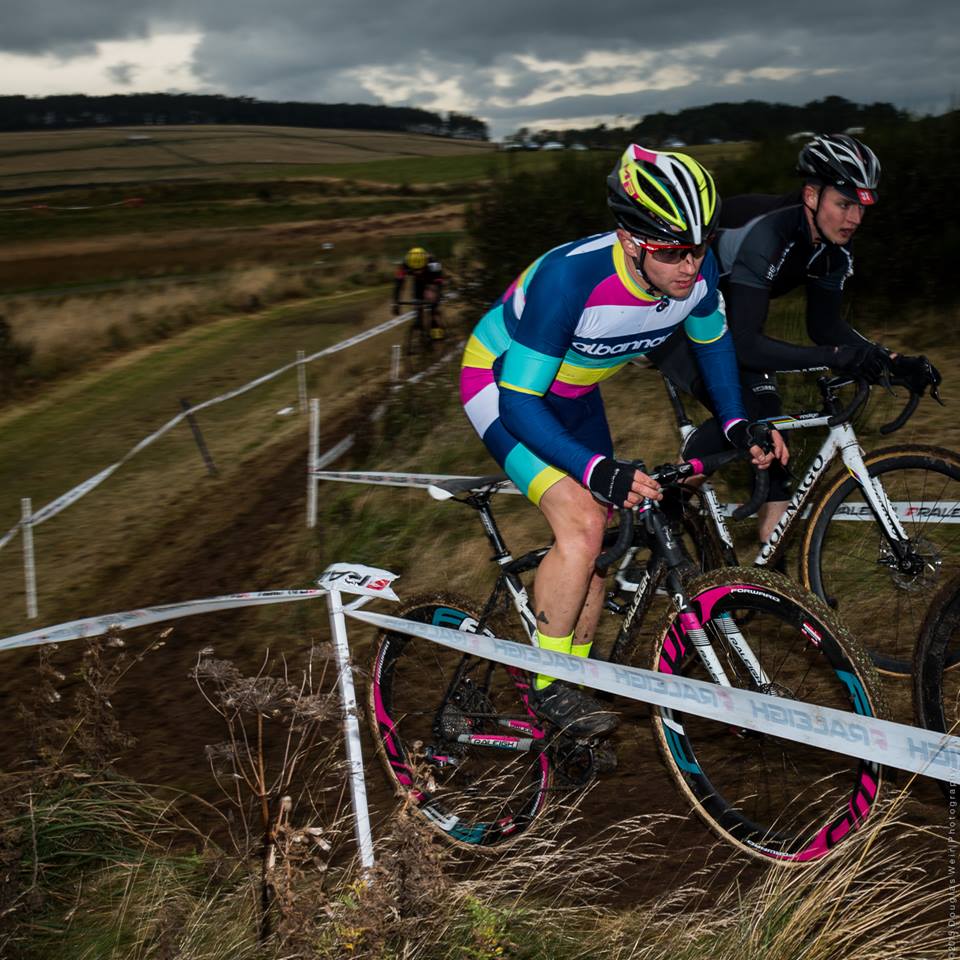 As a resident of the central belt we have it pretty easy for travelling to SCX races. I always have great respect for the regular Deeside Thistle, Ythan, Granite City (to name a few) appearances considering all the travelling that goes on for them throughout the season. It furthermore makes me feel sick to the stomach to hear my neighbours moan about Knockburn being a long way away. I will always make the pilgrimage, mostly because Knockburn is one of my favourite events, but perhaps to encourage a bigger field would you guys consider holding a two day event akin to the Mull weekend?

Weirdly enough, the distance from other races is why there’s still an event at Knockburn. If there had been an SCX race at Forfar, or Aviemore, I’d have sat back and not bothered to persuade Iain, Kelvin and Derek that we needed to keep Knockburn running. In the end it comes down to resources, and desire – I can’t blame folk for not wanting to drag their kids out of bed at 5:30 AM for a ten minute race, but at the same time I fully understand the enthusiasm driving Callum and Malcom Cooper to race at all the NECX races (from Peterhead!).

A Knockburn double header has been mooted. In theory, we could do it relatively easily if another club would host the Saturday race and we pooled marshal resources for both. It’s also a risk, in that Saturday races are typically less popular and therefore less viable financially. I still think we could pull it off, but so far there’s been nobody willing to step up.

As an aside, at Knockburn we are starting to bump up to what are manageable field sizes. The course can’t cope with as many riders safely as, say, Callendar Park, so a cap of 120 on races for safety reasons means we’ll be at full capacity in some races this year. I have a feeling that we’re heading for record numbers this year, especially since there will be a lot of NE-based riders who only race this one event. 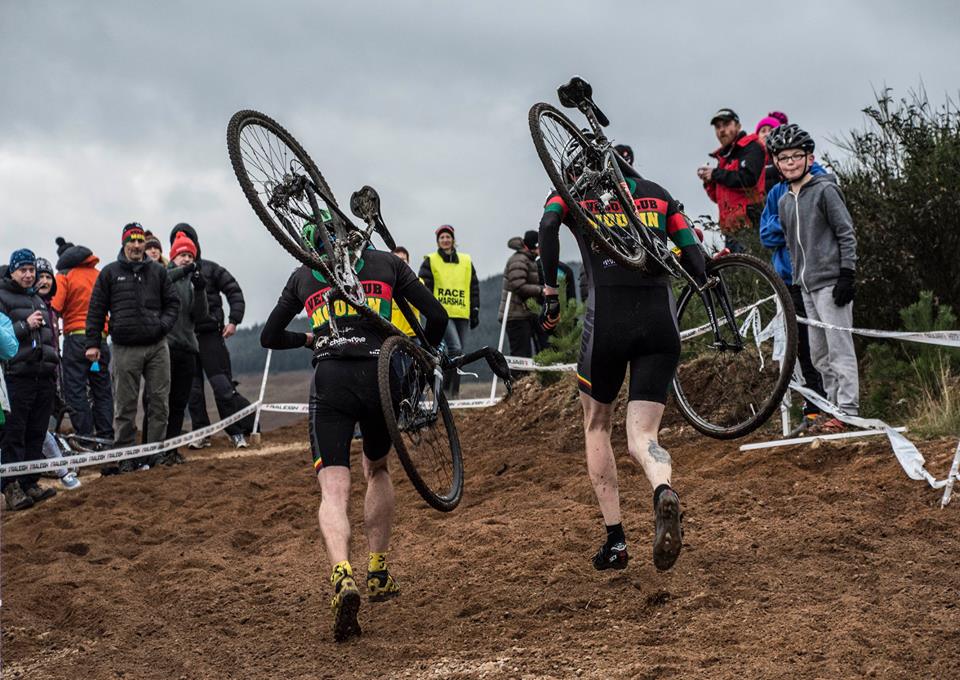 Will we see a return of Alford CX?

That’s a tricky one, but I hope so. It’s an expensive race to put on, and yet the course can’t really cope with more than fifty or so riders at a time. It’s a tiny venue, probably better suited to kids ‘cross racing to be honest. To make it longer than 1.5–1.8km we’d to build some kind of fractal maze in the middle of the track. Having said all that, when we ran the race last year it was truly the most amazing feeling to be stood in our wee town, with a grandstand full of folk watching a ‘cross race.

This year the course a bit different, and maybe a bit easier to describe than in previous years. The east half of the course forms a fast loop around a loch, with a steep climb halfway round, while the other half is a combination of pinewood trails and more typical ‘cross-style fast rolling grassy fields. One thing’s for sure – even if you’ve raced Knockburn half a dozen times before, you’re in for a few surprises this year. And if you’re spectating, the café will be open under new management, and we’ve got a coffee van and wood-fired pizza too.

The Unicrois are making a weekend out of the SCX2 trip with wild camp of fire and beers and aurora bora and morning aeropress and unicrois sauce massage.

Get your entry in before it closes. Entries close this Sunday 16th October at 23:55. 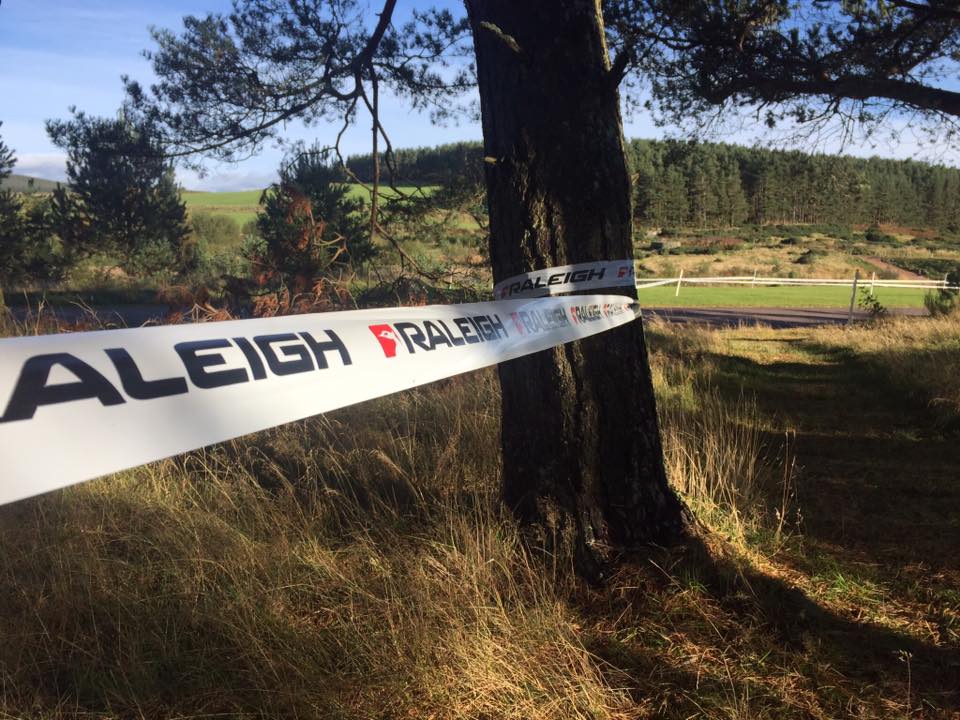